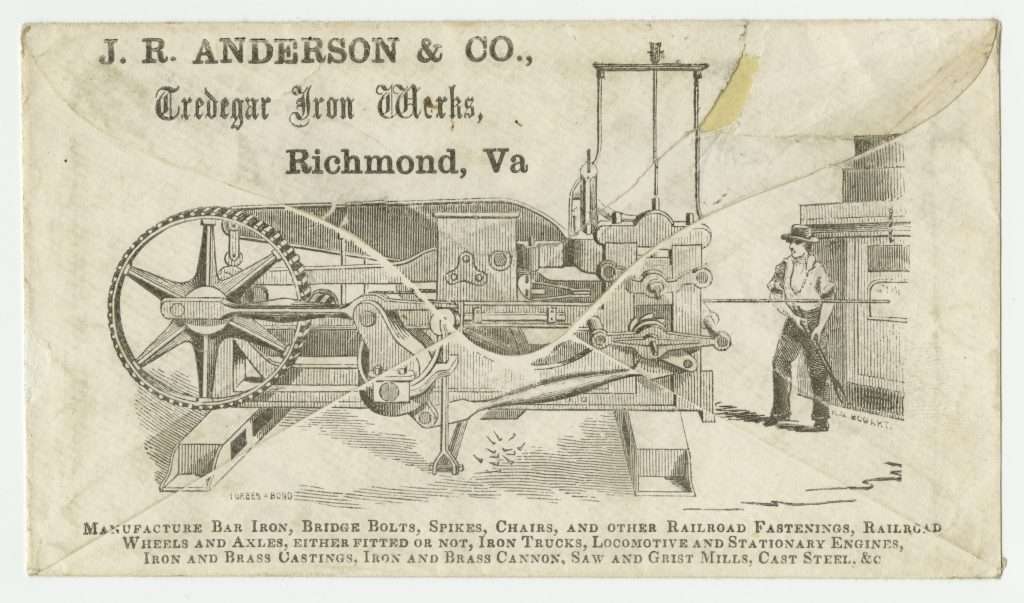 An 1861–postmarked envelope from the "J. R. Anderson & Co., Tredegar Iron Works" in Richmond, Virginia, features an image of heavy machinery being tended by a worker, as well as a list of goods manufactured by the company. The Tredegar industrial complex, controlled and operated by Joseph Reid Anderson, was the largest producer of munitions, cannon, railroad iron, steam engines, and other ordnance for the Confederate government during the Civil War.