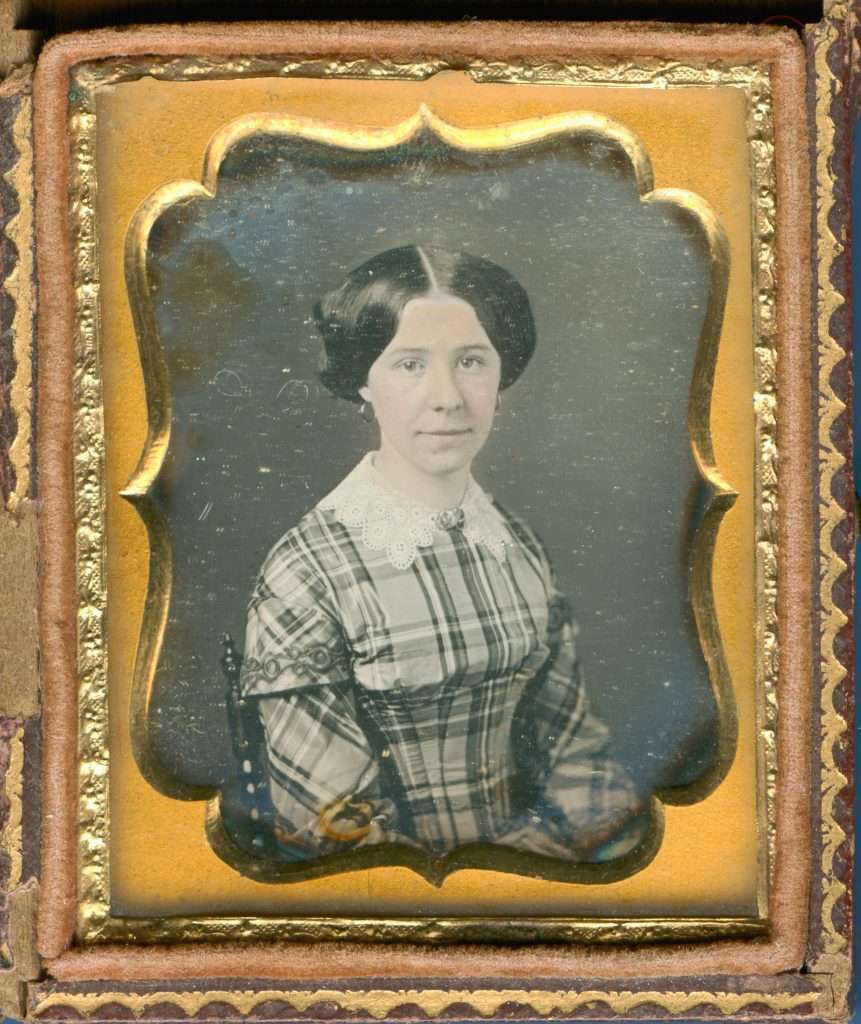 Flora Cooke Stuart, wife of Confederate general J. E. B. Stuart and the daughter of Union general Philip St. George Cooke, is captured in this mid-ninettenth century hand-tinted daguerreotype. Stuart met her husband, a dashing subordinate of her father, while living in the Kansas Territory in the 1850s, and after marrying, the two settled in Virginia. Secession, however, split their family, with Cooke, a respected cavalryman, remaining in the United States Army and Stuart eventually becoming chief of cavalry of the Army of Northern Virginia. During the Civil War, Flora Stuart spent as much time as possible in camp with her husband, and chafed at the generous attention he received from admiring women in Virginia and across the South. When Stuart was killed at the Battle of Yellow Tavern (1864), she donned mourning garb and wore it for the remaining fifty-nine years of her life. During that time, she served as headmistress of a women's school in Staunton that was subsequently named for her. She later moved to Norfolk, where she died in 1923.