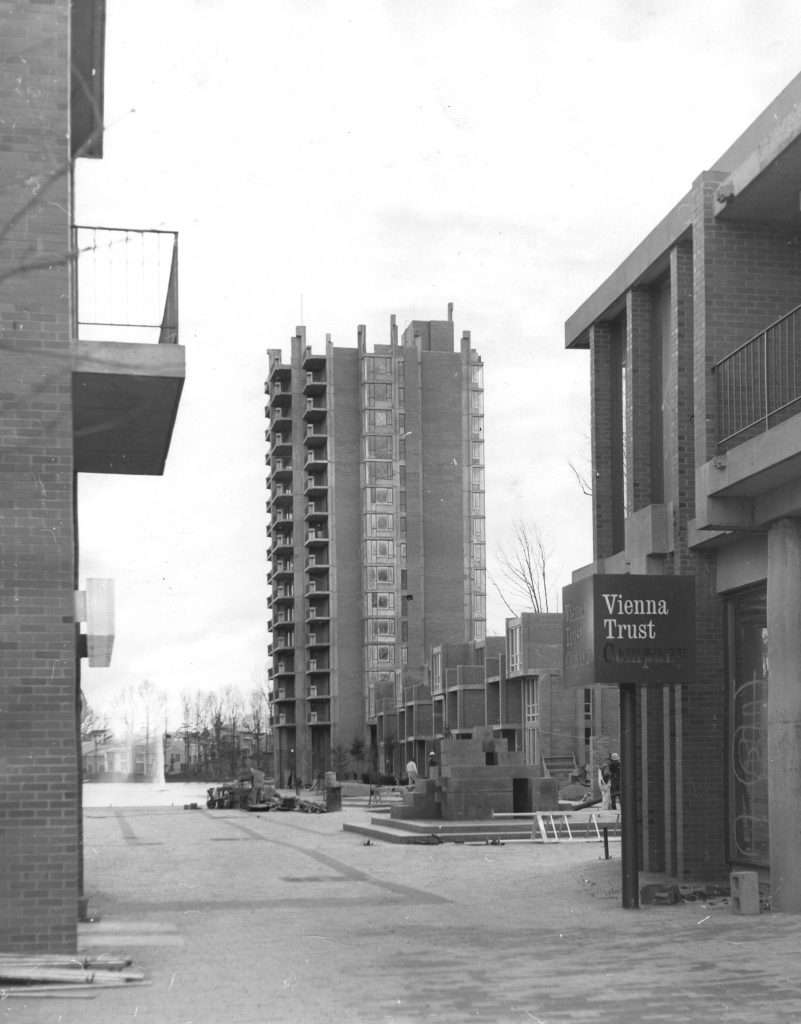 The high-rise known as Heron House is the centerpiece of Lake Anne Village in the planned community of Reston, Virginia. It is photographed here in 1965, shortly after the first families moved into Reston. In 1993, fourteen years after he was ousted as founding developer, Robert E. Simon, at the age of seventy-eight, returned as a resident, moving into Heron House. Going out for his daily walk, he met Cheryl Terio, another resident and fellow walker; they later married.