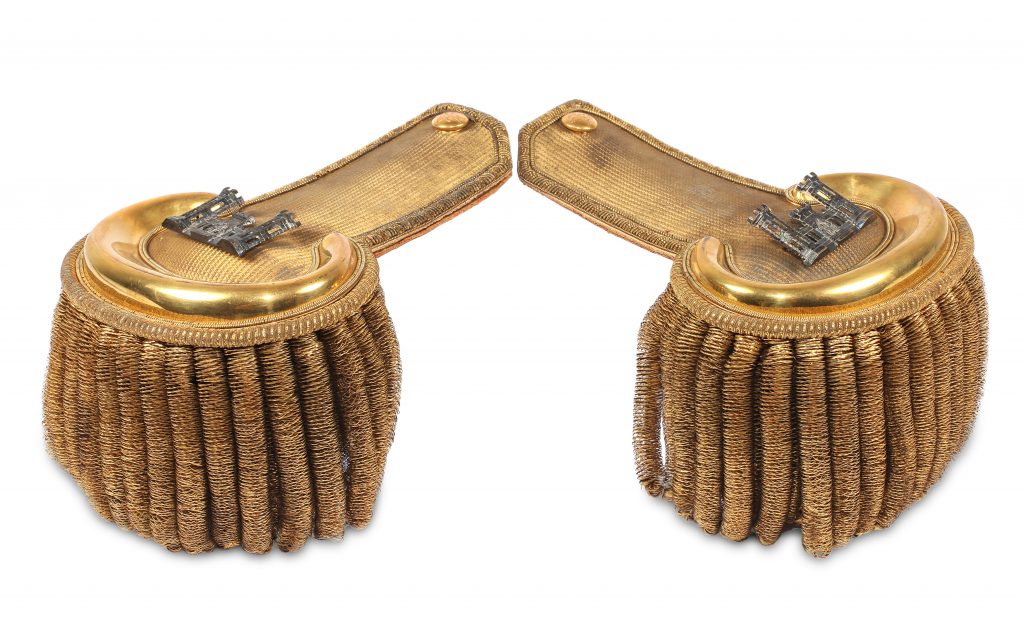 These are the original gilded brass epaulets worn by professor Thomas J. Jackson on formal occasions during his tenure at the Virginia Military Institute (VMI) in Lexington. The metal castle atop each shoulder, which is often confused with the Gothic Revival barracks at VMI, was actually based on the insignia worn at that time by newly commissioned West Point cadets. The same castle logo became the formal insignia of the U.S. Army Corps of Engineers.

In 1851 Jackson resigned from the U.S. Army and accepted a position as professor of natural and experimental philosophy (akin to modern physics) and artillery instructor at VMI; he taught for ten years, until 1861, when he took up active military service for the Confederacy. Jackson became one of General Robert E. Lee's ablest commanders, earning the nickname Stonewall.

These epaulets, which were made by W. H. Horstmann & Sons in Philadelphia, were placed on permanent loan to the Museum of the Confederacy in 1896 by Jackson's widow, Mary Anna Jackson. Known as the Widow of the Confederacy, Jackson did not remarry and became a devoted member of the United Daughters of the Confederacy. After her death in Charlotte, North Carolina, in 1915, she was buried next to her husband in Lexington.