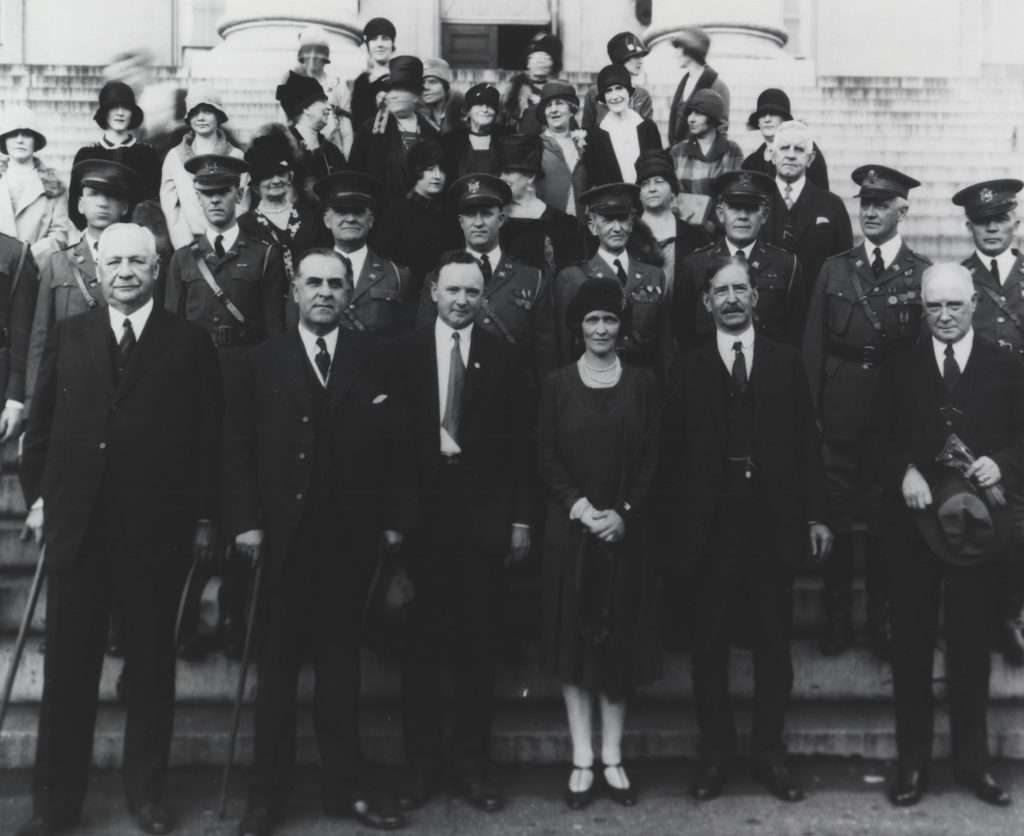 Governor Harry F. Byrd, surrounded by four Virginia governors. From left to right: Henry Carter Stuart; E. Lee Trinkle; Byrd and his wife Anne; Claude A. Swanson, and Andrew J. Montague. Byrd was elected governor in 1926, following Trinkle in office; this photo probably dates to around the time of his inauguration. Stuart had helped to launch Byrd's political career by endorsing him during his 1915 bid for the Senate of Virginia. By the time Byrd's term as governor had ended, he was acknowledged as the most influential Democrat in Virginia, and his conservative faction of the party was commonly referred to as the Byrd Organization.