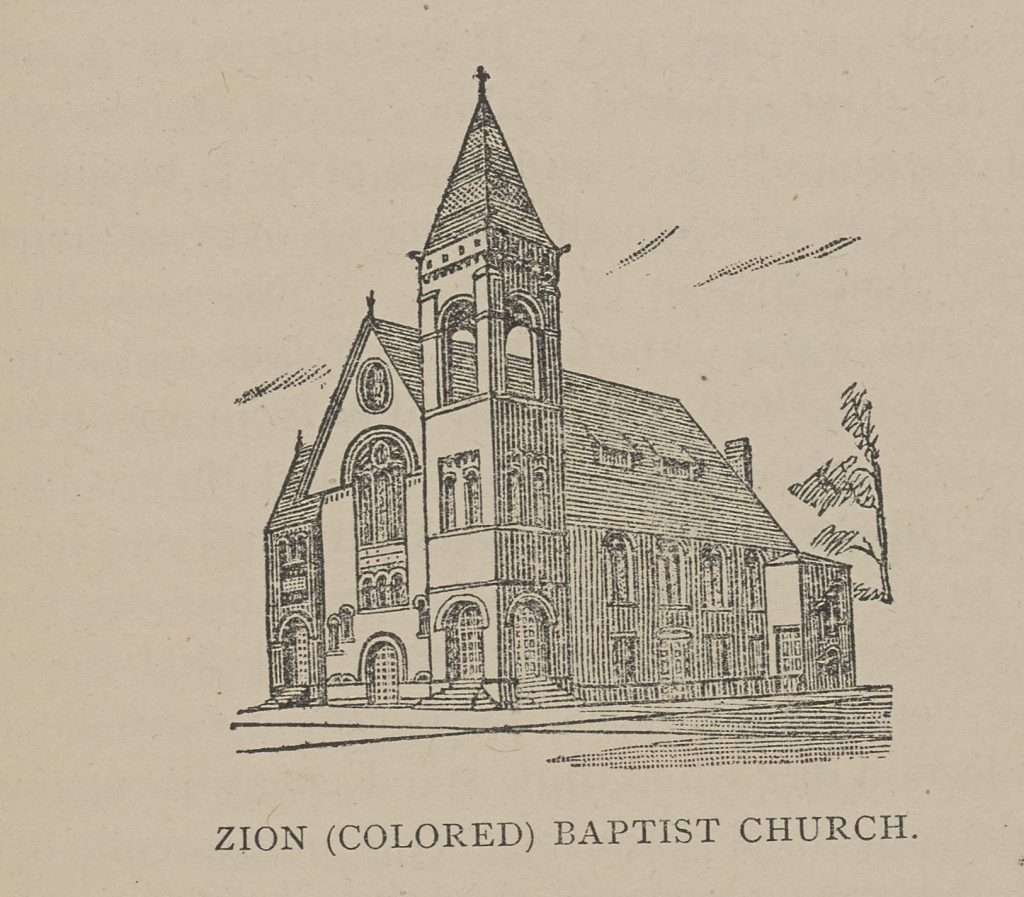 This woodcut, published in Sketch Book of Portsmouth, Va.: Its People and its Trade (1886), depicts Zion Baptist Church, in Portsmouth. The original congregation, organized in 1865, consisted of 318 parishoners, including E. G. Corprew, who became a minister and  served as pastor of the church until his death in 1881. Under his ministry the congregation grew to nearly 1,000. The Reverend John M. Armistead succeeded Corprew as minister. During his forty-three-year tenure, church membership swelled to more than 2,600.