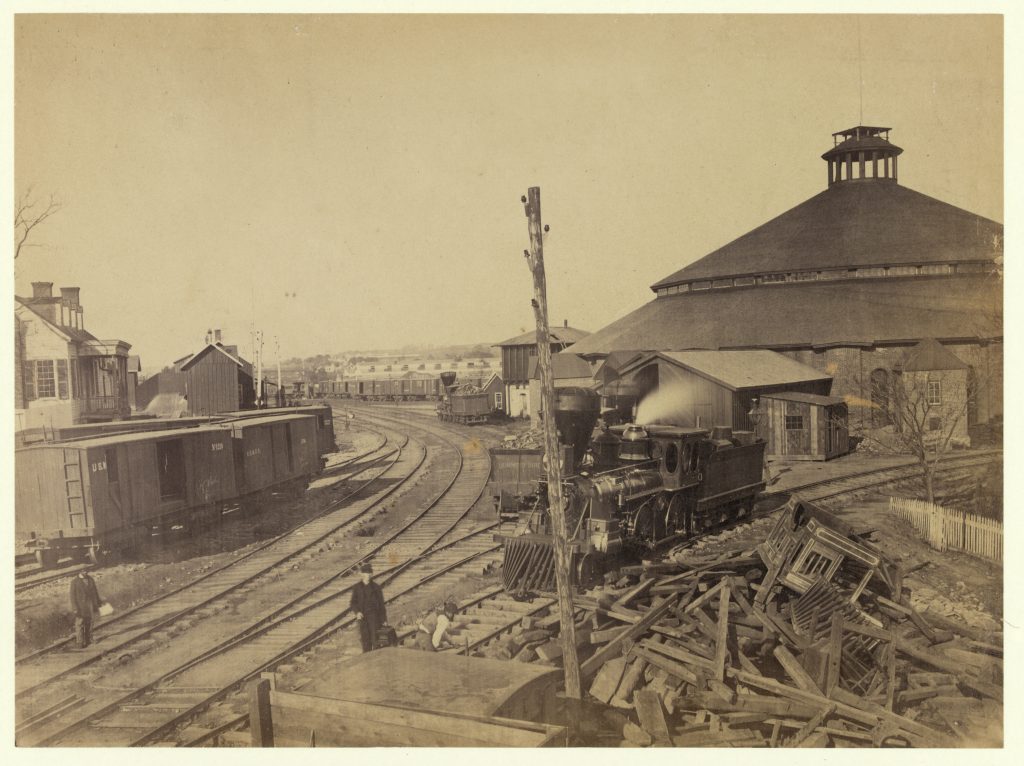 Steam rises from a locomotive as it departs the roundhouse at the Orange and Alexandria Railroad yard in Alexandria. The photograph was taken by Andrew J. Russell between 1861 and 1865, when the Union army controlled Alexandria. A railroad worker, in the foreground at right, appears to be securing a railroad tie; the young man to his left is holding a box-like object, perhaps a camera; and a Black man, at left, watches the scene. The pole in front of the train has objects attached to it that have been alternately identified as railroad signal lights and glass insulators for telegraph lines.