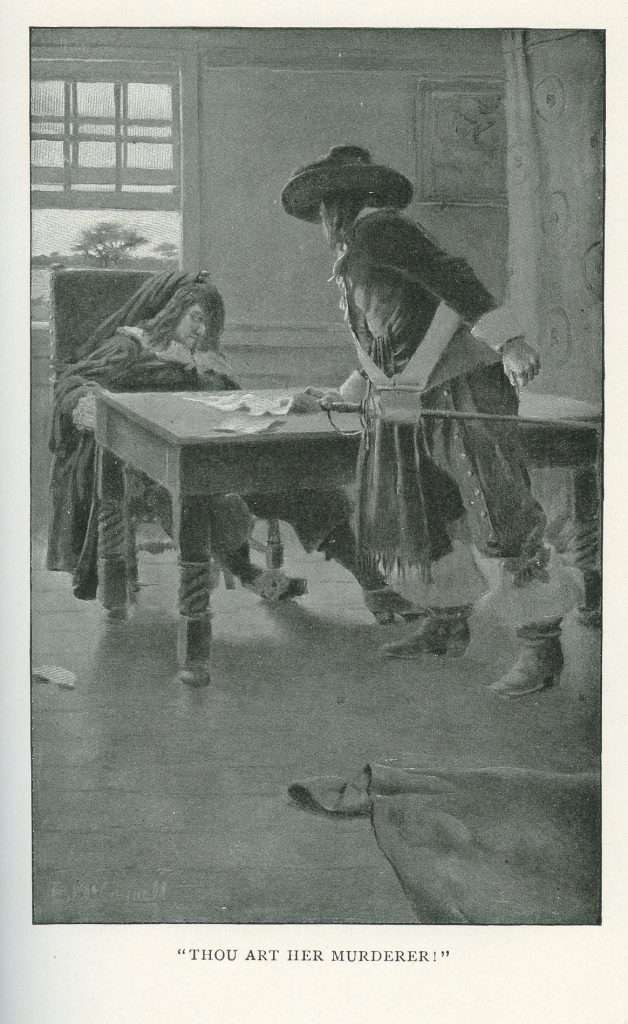 “‘Thou Art Her Murderer!'”,University of Virginia Library ,Monday

An illustration by Emlen McConnell in Mary Johnston's novel To Have and to Hold (1900) depicts the final encounter between the hero, Captain Ralph Percy, and his nemesis, Lord Carnal. Percy—certain that Carnal is responsible for his wife's death—tries to engage the lord in a duel. Before they can complete the fight, however, Carnal collapses into a chair, fatally ill with a dose of poison he had consumed.