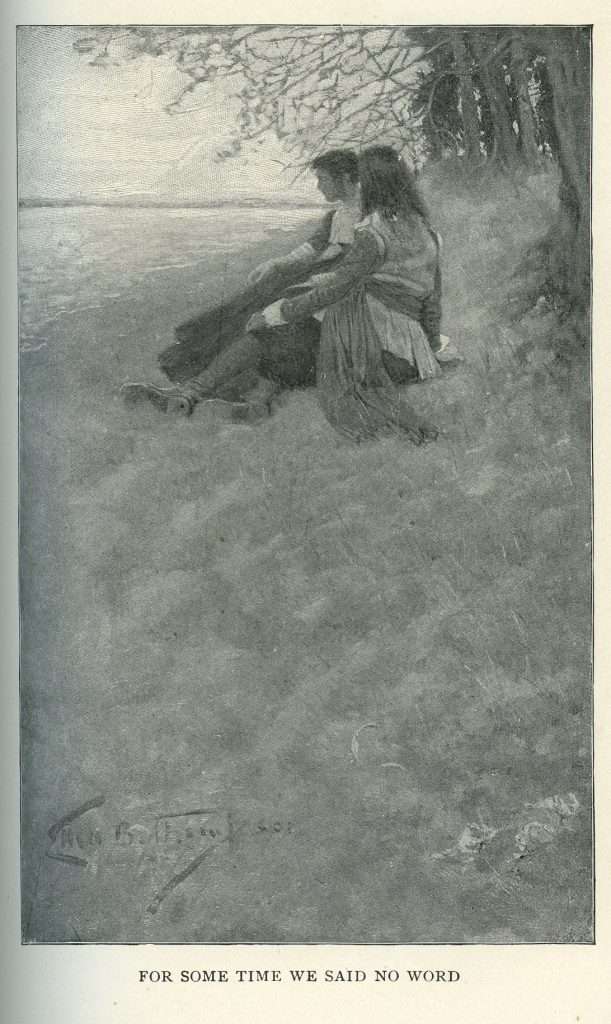 “For Some Time We Said No Word”,University of Virginia Library ,Monday

An illustration by E. B. Thompson in Mary Johnston's novel To Have and to Hold (1900) depicts the hero, Captain Ralph Percy, and his wife as they sit on a beach at the edge of a forest. This scene is a momentary respite for the couple, who were shipwrecked during an attempted escape from Virginia and are now traveling on a ship with bloodthirsty pirates. In order to take on supplies, the pirate ship stops at a tropical "islet, shaped like the cresent moon."