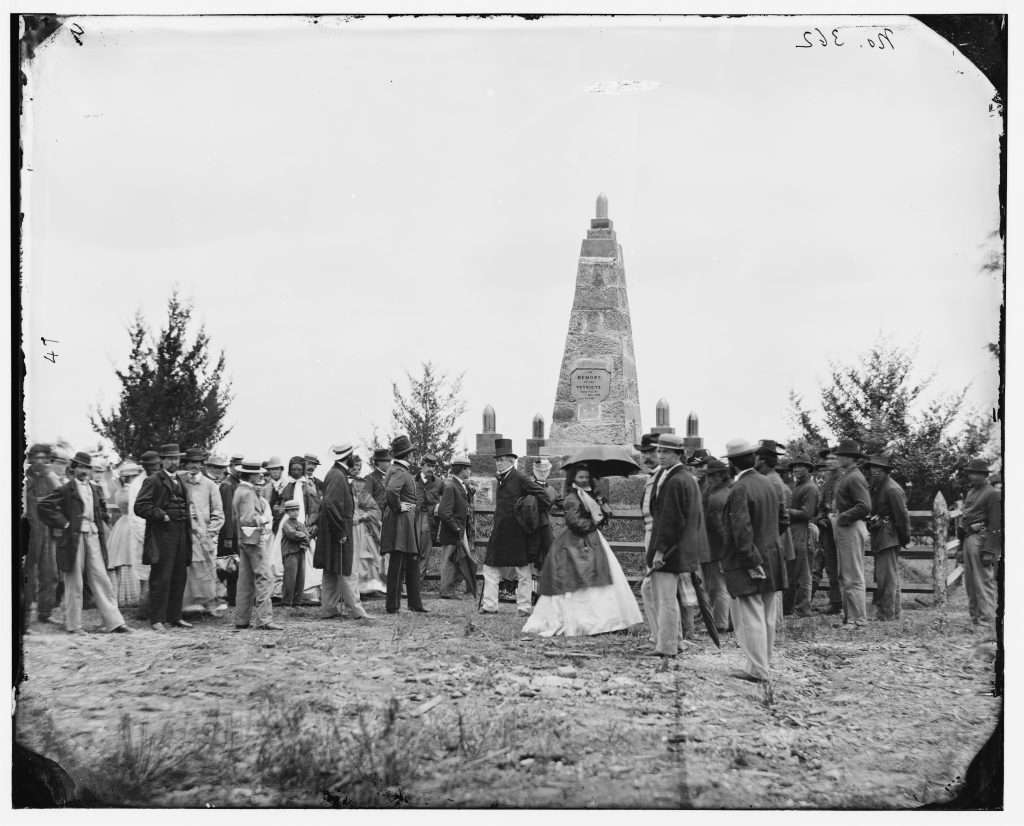 A woman in the foreground shields herself from the sun on the afternoon of June 11, 1865, the dedication day for this twenty-seven-foot-high sandstone monument inscribed with the words "IN MEMORY. OF THE PATRIOTS WHO FELL AT BULL RUN JULY 21st 1861." This obelisk was in honor of the Union soldiers who died that day in 1861 during the first major battle of the Civil War, an engagement also referred to as the First Battle of Manassas. This monument had been hastily erected during the previous week by Union troops. According to an account by a New York Times reporter, the monument was located "on a commanding crest, about three hundred yards southeast of the Henry House …" It was on Henry House Hill that Confederate general Thomas J. Jackson formed such a stout defensive line during the battle that he earned the nickname "Stonewall." The Union army was routed that day in front of spectators from Washington, D.C.

Four years after the battle, the dedication ceremony honoring the dead attracted a crowd of several hundred who arrived by train. Among the honored guests were Union generals Samuel Heintzelman, who had been wounded at the battle, and Orlando B.Willcox, who had been captured. Judge Abram B. Olin of the District of Columbia Supreme Court, seen here next to the rail, delivered the main address at the dedication ceremony. Prayers were intoned and a hymn was sung that had been specially written for the occasion by Reverend John Pierpont. The song included the stanza: