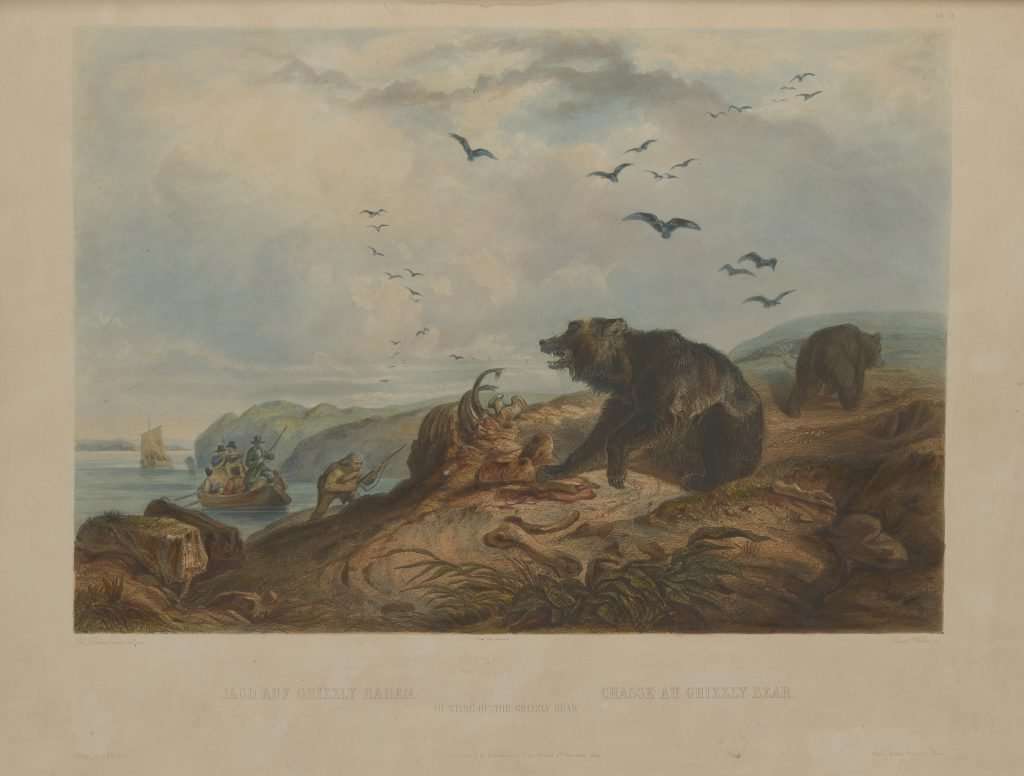 Hunting of the Grizzly Bear.

A hand-colored aquatint from Prince Maximilian of Wied's Travels in the interior of North America (1843–1844) depicts a pair of grizzly bears encountered by members of the prince's 1832–1834 expedition to the West. Maximilian, a naturalist and ruler of the small state of Neuwied, Prussia (currently part of Germany), followed much the same route along the Missouri River that Lewis and Clark had used in 1804–1806. The prince brought Swiss-born artist Karl Bodmer on the expedition, and Bodmer created a series of watercolor paintings illustrating their travels. (Lewis and Clark did not have an artist accompany their expedition, which was  a major ommission.) Bodmer's paintings were the basis for the colored plates used in this English-language edition of Travels in the Interior of North America. The plates were bound in a separate atlas to accompany the prince's journals.