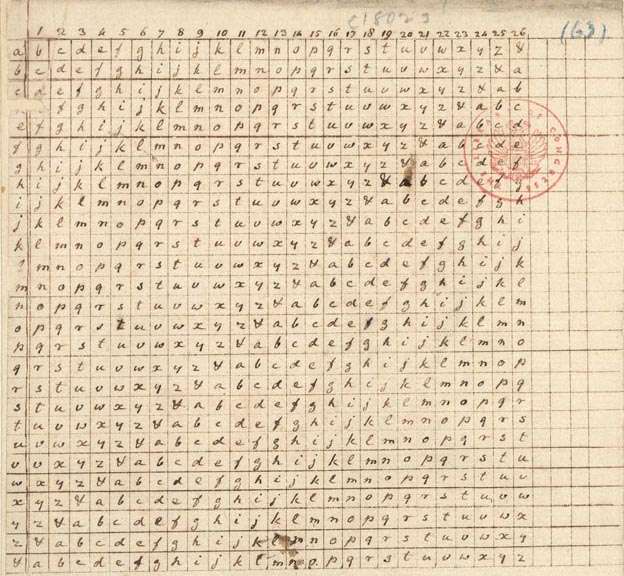 Jefferson’s Cipher for the Lewis and Clark Expedition

This manuscript page shows a cipher devised by President Thomas Jefferson for the Lewis and Clark Expedition so that secret messages could be sent back to him. Jefferson thought fur traders or Indians might be able to convey such messages and keep him apprised of the status of the expedition. The president asked expedition commander Captain Meriwether Lewis to “communicate to us, at seasonable intervals, a copy of your journal, notes & observations, of every kind, putting into cipher whatever might do injury if betrayed.” Jefferson's cipher was never used by Lewis or his co-commander, William Clark.