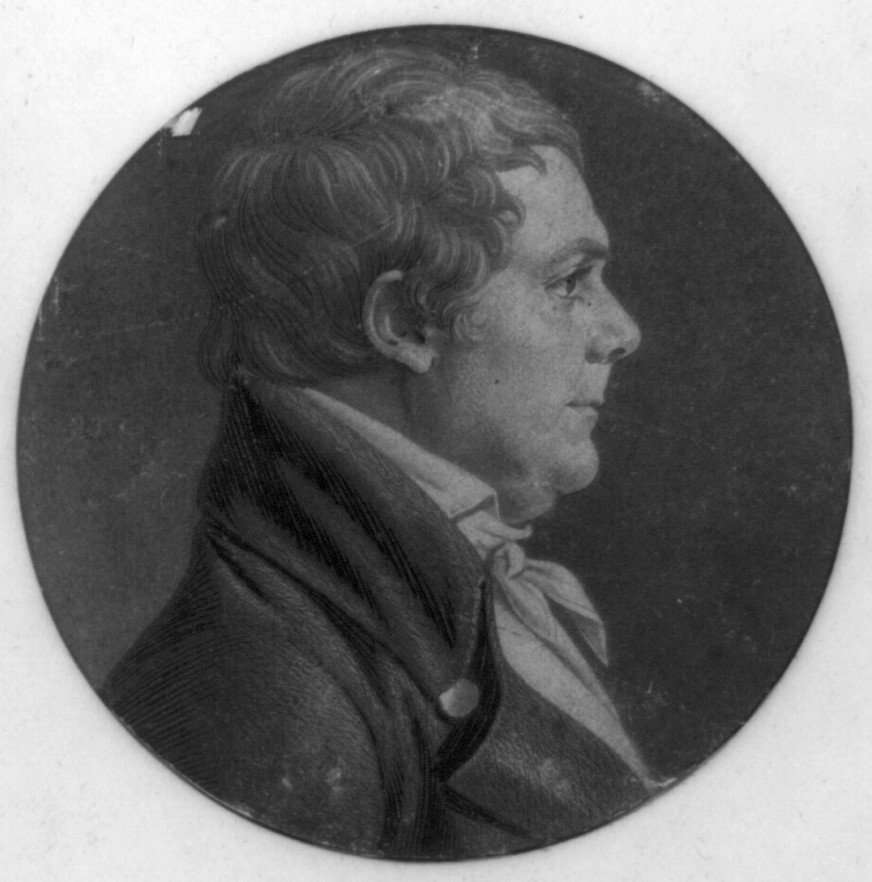 William Clark is depicted in profile in this head-and-shoulders portrait by French artist Charles Balthazar Julien Fevret de Saint-Mémin. Clark sat for this portrait in Washington, D.C., in 1807; he was among nearly 1,000 Americans who sat for the artist between 1796 and 1810. (Other subjects included Thomas Jefferson, Paul Revere, and Charles Willson Peale.) According to the Smithsonian Insitution, "Saint-Mémin's popularity rested on a growing appreciation for profiles as a particularly truthful form of portraiture, and his distinctive images have come to epitomize Federal America."

A member of the French aristocracy and a military officer, Saint-Mémin immigrated to America in 1793 because of the French Revolution.