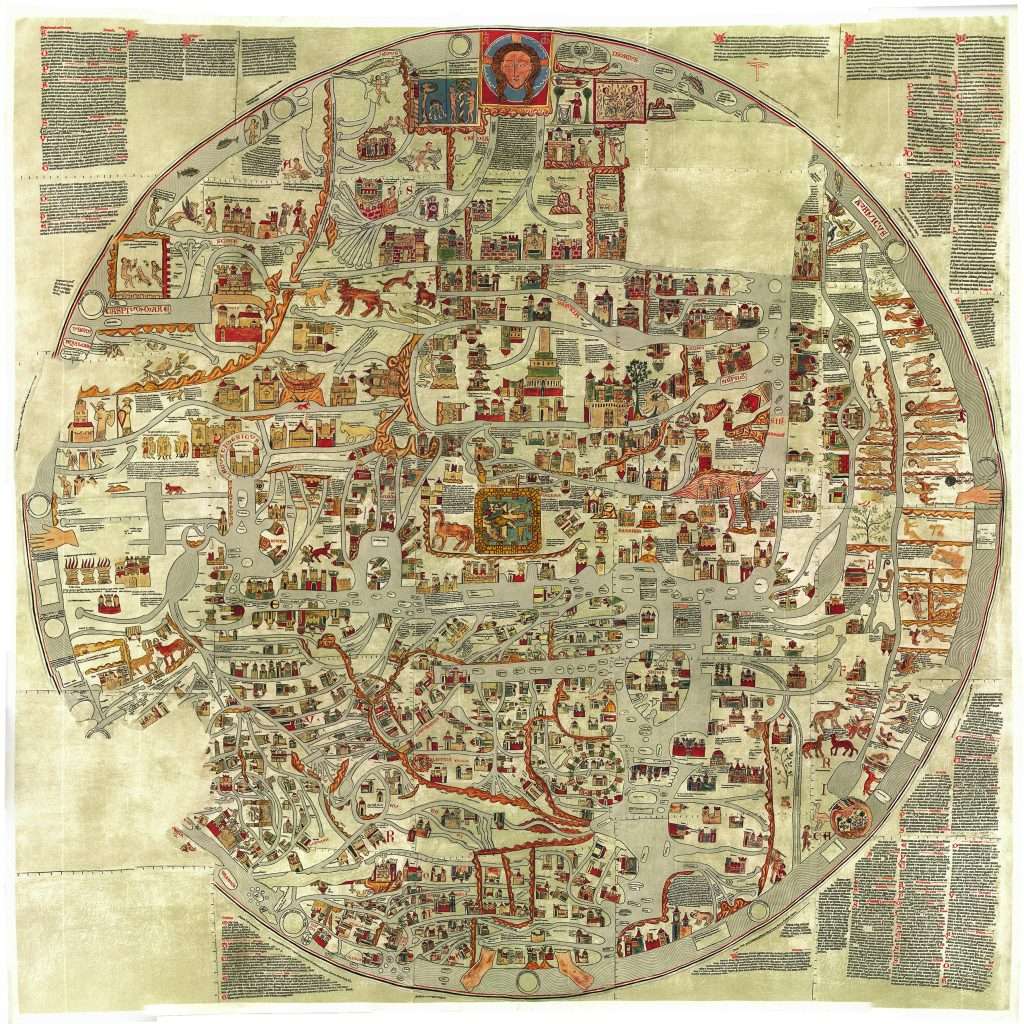 The vividly illustrated Ebstorf Map, originally found in a Benedictine convent in Ebstorf, Germany, is an example of a T-O map, a type of medieval map that is circular in shape and divides the world into three regions—Asia, Europe, and Africa. Jerusalem is at the center of the map, and the entire world is presented as the body of Christ: Christ's head (indicating east) is at at the top of the map, and his hands and feet mark the other directions. The vellum map, which measured twelve feet by twelve feet, was one of the largest known medieval world maps. The original map was destroyed in an air raid during World War II, but detailed facsimiles and photographs of the map had already been made. This digital reconstruction was created in 2007.