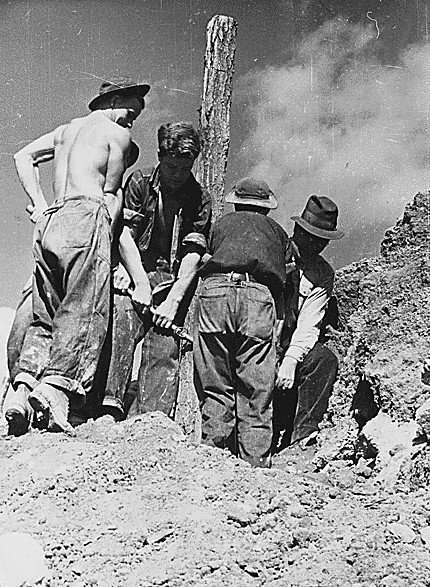 In Virginia, U.S. president Franklin Roosevelt's Civilian Conservation Corps (CCC) employed more than 65,000 young men between the ages of eighteen and twenty-five, in an attempt to jump-start the stagnating economy of the 1930s. Many would go on to receive training that would prepare them for military service in the upcoming war. CCC camps worked on outdoor and infrastructure-improvement projects, including the creation of Virginia's first statewide park system.