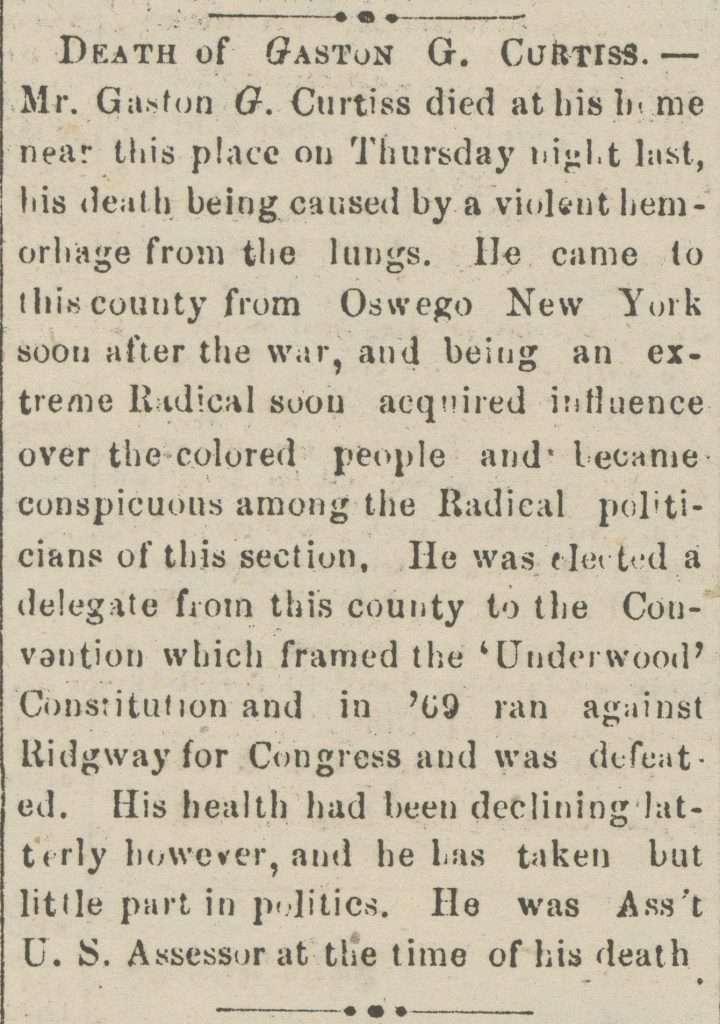 A death notice for Gaston G. Curtiss in the Liberty News, published on November 22, 1872, describes the Reconstruction-era Republican Party politician as a carpetbagger: "He came to this county from Oswego New York soon after the war, and being an extreme Radical soon acquired influence over the colored people and became conspicuous among the Radical politicians of this section."