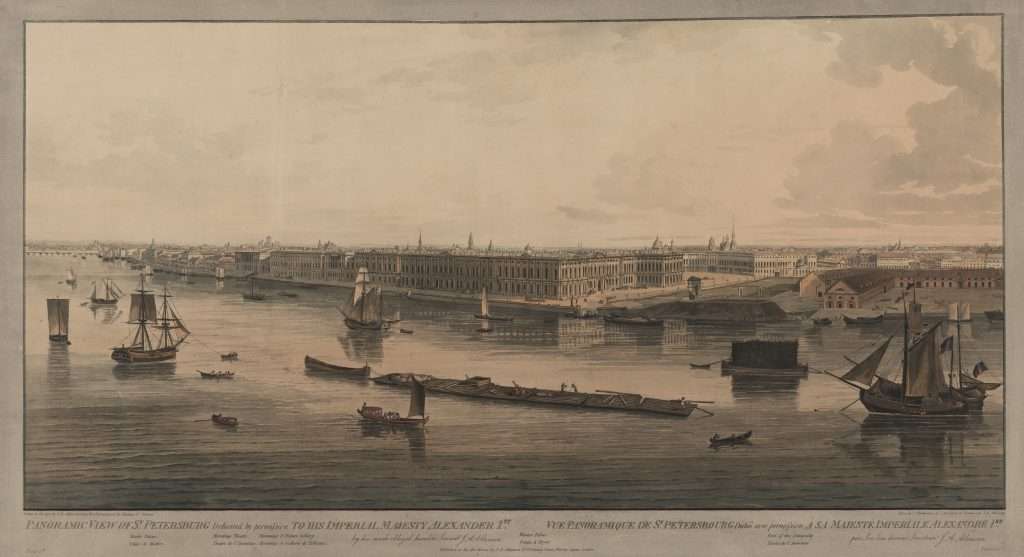 Panoramic View of St. Petersburg, Dedicated by permission To His Imperial Majesty Alexander 1st. by his much obliged humble Servant J. A. Atkinson

A color aquatint print made between 1805 and 1807 depicts a panoramic view of Saint Petersburg, Russia. The artist, J. A. Atkinson, drew the scene from the observatory of the Academy of Sciences. Boats of varying kinds fill the harbor, and some of the key cultural buildings in Saint Petersburg can be seen, including the Hermitage, the Marble Palace, and the Winter Palace. The image was dedicated to Alexander I, emperor of Russia from 1801 to 1825.