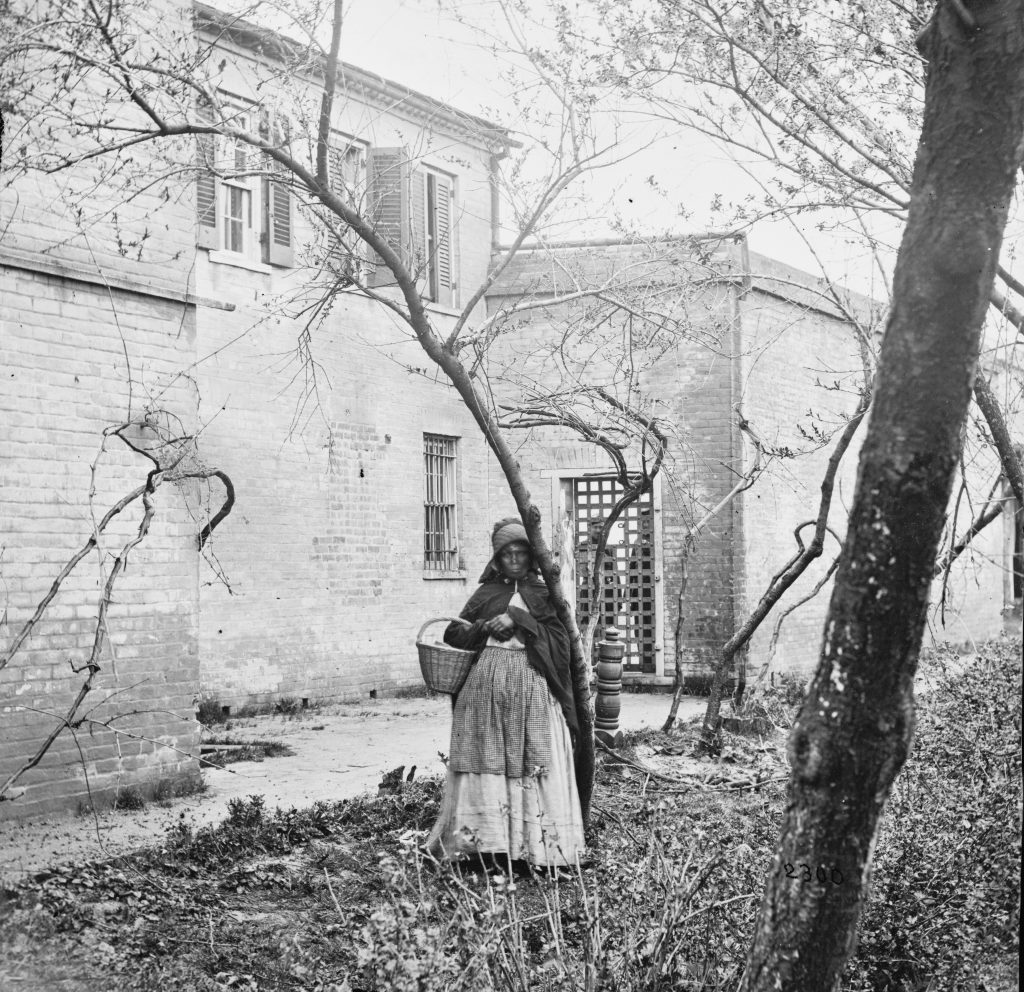 Woman in Front of a Former Slave Complex

A Civil War-era photograph shows a Black woman with a basket in front of a building that is believed to be part of the former slave jail complex at 1315 Duke Street, the site in Alexandria where Franklin and Armfield conducted business. The exact location of the photograph is uncertain; however, Dr. Benjamin Skolnik, an archaeologist from Alexandria, speculates that the woman is standing in front of the original kitchen wing built circa 1812–1813. Union soldiers behind the barred doorway peer out upon the woman, who perhaps had been formerly enslaved. Slave traders in the Upper South held Blacks in "slave pens" or "jails" until the enslaved were shipped or marched farther south, where they would be sold.