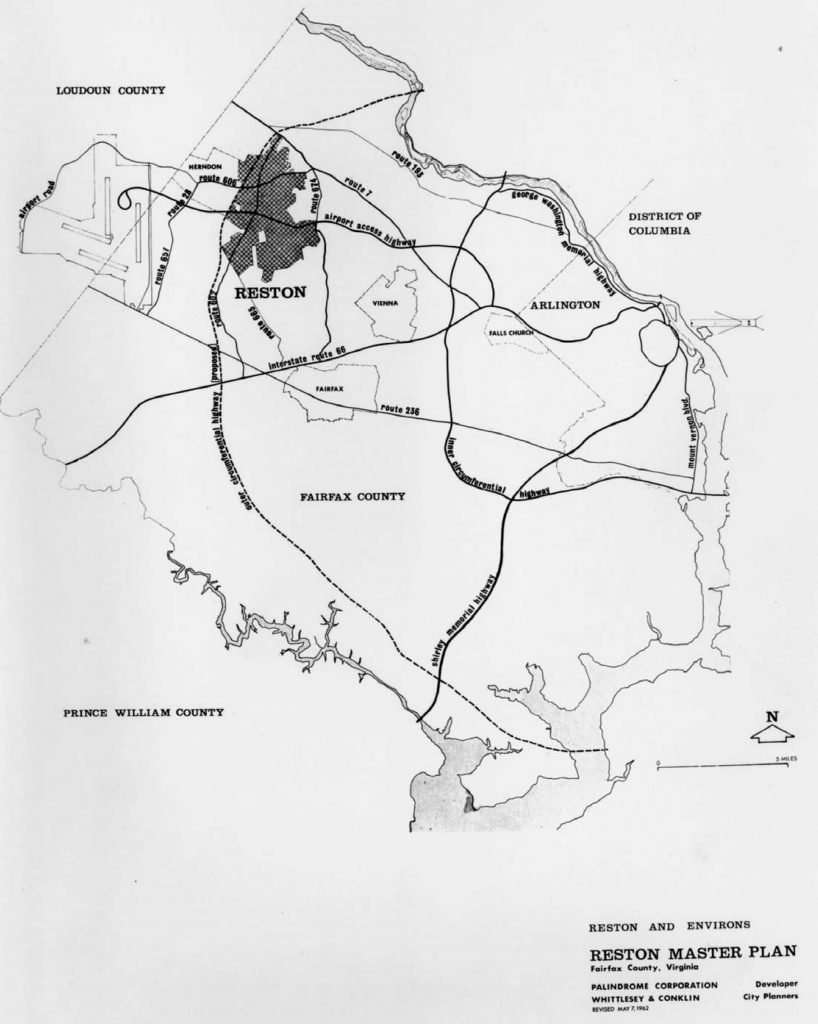 In 1960, Robert E. Simon's family sold its majority share in Carnegie Hall in New York City. With his share of the proceeds, Simon bought 6,750 acres of farmlands and woods at the western edge of the Washington, D.C., suburbs. By 1962, Simon, with planning and architectural expertise from the New York firm of Conklin and Rossant, had published the master plan for his new prototype community of Reston. This series of maps, from the original master plan, showcases both the boundaries of his acquisition and the ambition of his vision. Note that in the first image Simon includes the proposed "Outer Loop" of the Washington Beltway, which has never been built. The town schematics themselves show Simon's interest in mixed-use planning in the interest of, in his words, "a full life centered around neighborhood living, working, educational and recreational opportunities."