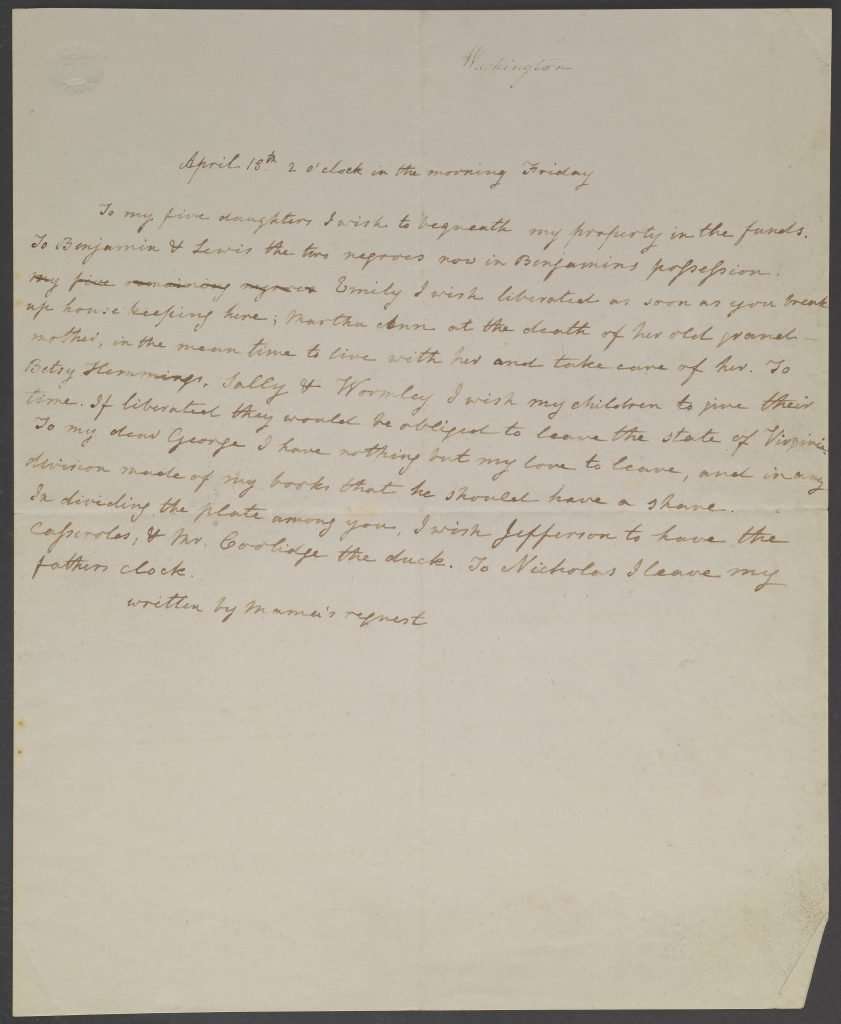 Will of Martha Jefferson Randolph

Martha Jefferson Randolph's will, dictated to her daughter Virginia Jefferson Trist in Washington, D.C., is dated April 18,1834. An ailing Randoph, believing she was near death, summoned her daughter to her bedside at two o'clock in the morning to make her wishes known. Though Randolph was too ill to sign the document, her daughter noted that it was "written by Mama's request." The provisons of the will primarily concern the dispersal of the enslaved people Randolph owned, those being her most valuable assets. She indicated that three of her slaves—Sally Hemings, Betsy Hemings (Sally Hemings's niece) and Wormley Hughes (also a Hemings)—be given "their time," which would allow them to move about freely, live where they pleased, and keep any money they earned, though they would remain legally enslaved. If Randolph had emancipated the Hemingses outright, they would have been required to leave the state.