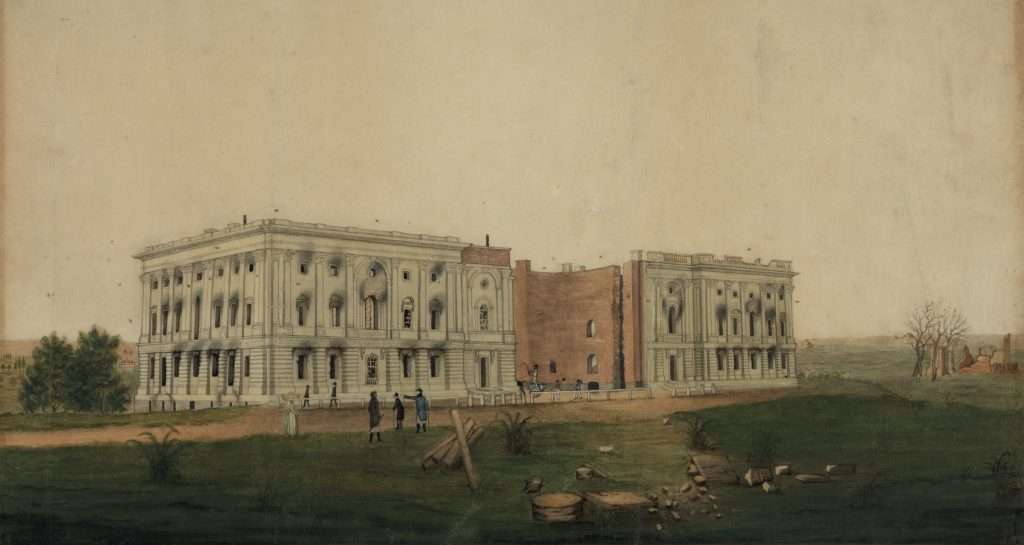 Ruins of the U.S. Capitol

A group of men in the foreground survey the U.S. Capitol in the aftermath of the British attempt to burn the building during the second year of the War of 1812. Other figures in the drawing include workers with tools entering the damaged building, and a woman, presumably African American, with a basket balanced on her head. This contemporary pen-and-watercolor drawing is considered one of the important images of the early republic.

On August 24, 1814, British sailors and marines under the command of Admiral Sir George Cockburn and General Robert Ross marched into Washington, D.C., and torched the White House, the U.S. Capitol, and other public buildings. British forces did this in retaliation for American troops having set fire to British government buildings in York (later Toronto), Canada, in the previous year. At that time the Capitol was still under construction, with the two wings connected by a wooden walkway through the open area that would become the central rotunda. The building suffered major, but not catastrophic, damage because the architect, Benjamin Henry Latrobe, had used marble, zinc, copper, sandstone, and other fireproof construction materials.