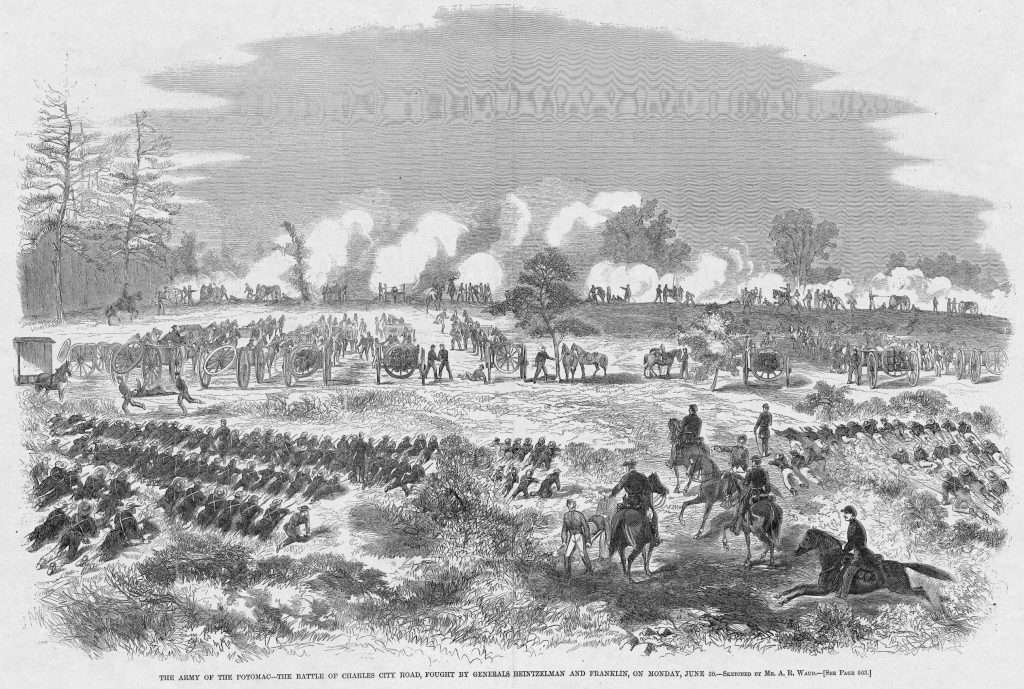 The Battle of Glendale, depicted here in a contemporary sketch by A. R. Waud, was fought on June 30, 1862. It was the second-to-last of a series of engagements known as the Seven Days' Battles, at the end of the Peninsula Campaign. In this battle, Union major general George B. McClellan, charged with capturing the Confederate capital of Richmond, instead found himself in retreat from General Robert E. Lee's Army of Northern Virginia. While withdrawing back toward the James River, the Union army successfully stopped Lee's forces from overrunning its retreat, repulsing the Confederates outside the village of Glendale in eastern Henrico County, some eighteen miles east of Richmond.