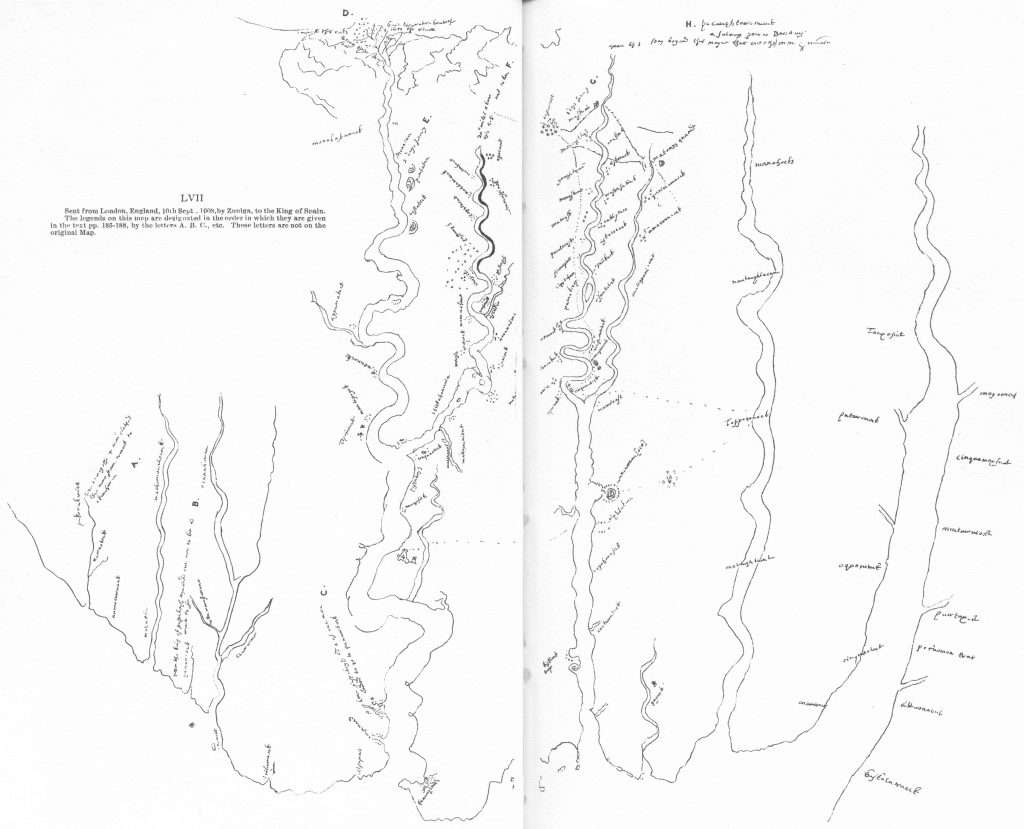 The Zúñiga chart, a 1608 manuscript map of the Chesapeake Bay and Tidewater Virginia, features the bay's major rivers, the location of Jamestown and James Fort, and the locations of sixty-eight Indian villages. The map was copied by Don Pedro de Zúñiga, a Spanish ambassador to England, from an original map attributed to Captain John Smith, one of the first English settlers in Virginia. Zúñiga subsequently sent the copy map to King Philip III of Spain. The Zúñiga chart is currently housed at the Archivo General de Simancas.

The map shown here is a facsimile of the Zúñiga chart that appeared in volume one of The Genesis of the United States (1890), a compilation of manuscripts and other original material collected, edited, and arranged by Alexander Brown and published by Houghton Mifflin Company.