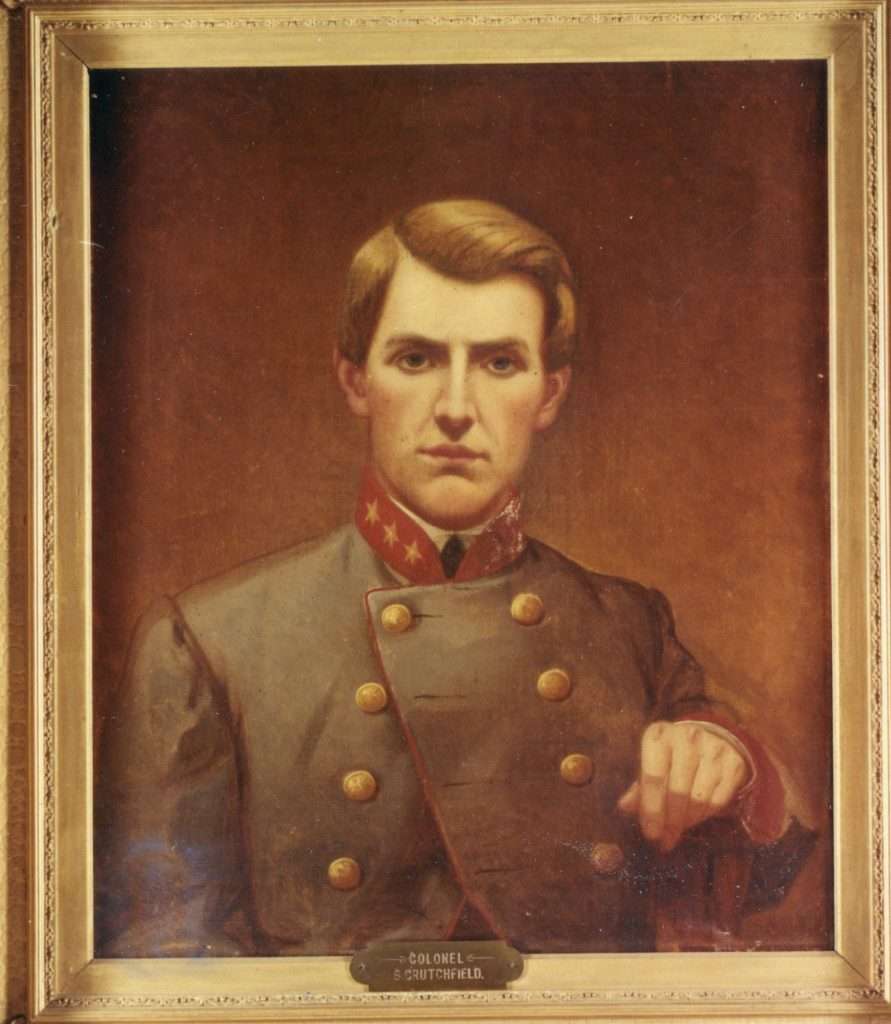 Confederate colonel Stapleton Crutchfield is the subject of this posthumous portrait made circa 1869. Crutchfield graduated from the Virginia Military Institute (VMI) in 1855. He served as a professor of mathematics there and took over as temporary superintendent for the school until he was commissioned an officer in the Confederate service. In 1862, General Thomas J. "Stonewall" Jackson, Crutchfield's friend and fellow professor, appointed Crutchfield his chief of artillery. Crutchfield was decapitated by an artillery shell during the Battle of Sailor's Creek on April 6, 1865, just three days before Robert E. Lee surrendered. This original portrait is located in Preston Library at VMI. The artist William D. Washington, a professor of fine arts at VMI from 1869–1870, was commissioned by the school to produce portraits of alumni and faculty members who were killed during the war.