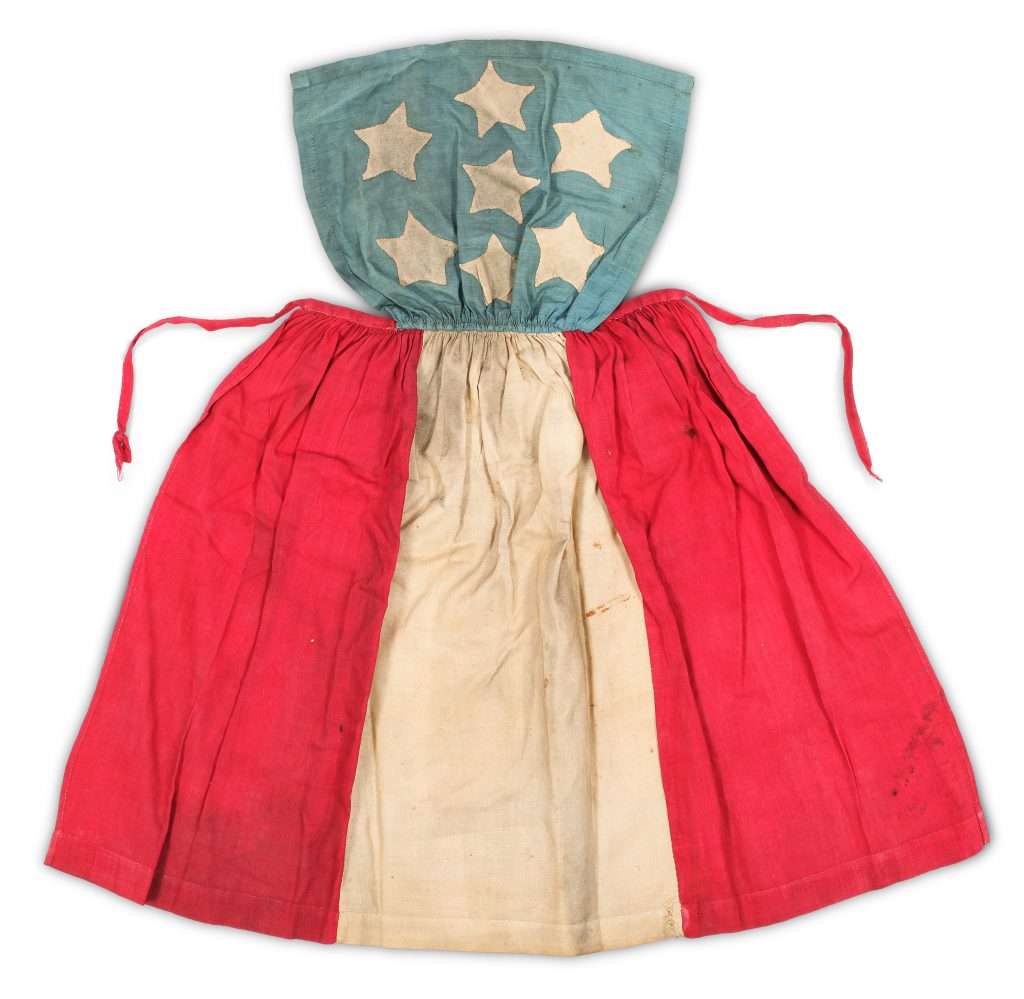 This Confederate apron, made and worn by Martha L. Booton, a young girl probably between the ages of eight and twelve, is fashioned out of scrap material left over from a flag created for soldiers from Page County. In 1861 Martha's father, John K. Booton, was elected captain of that county's Dixie Artillery. This cotton cloth apron features a blue bib with seven five-pointed applied white stars; the skirt is composed of alternating bars of red and white cotton. This composition mimics the First National Flag, adopted by the Confederacy in 1861, which came to be known as the Stars and Bars.