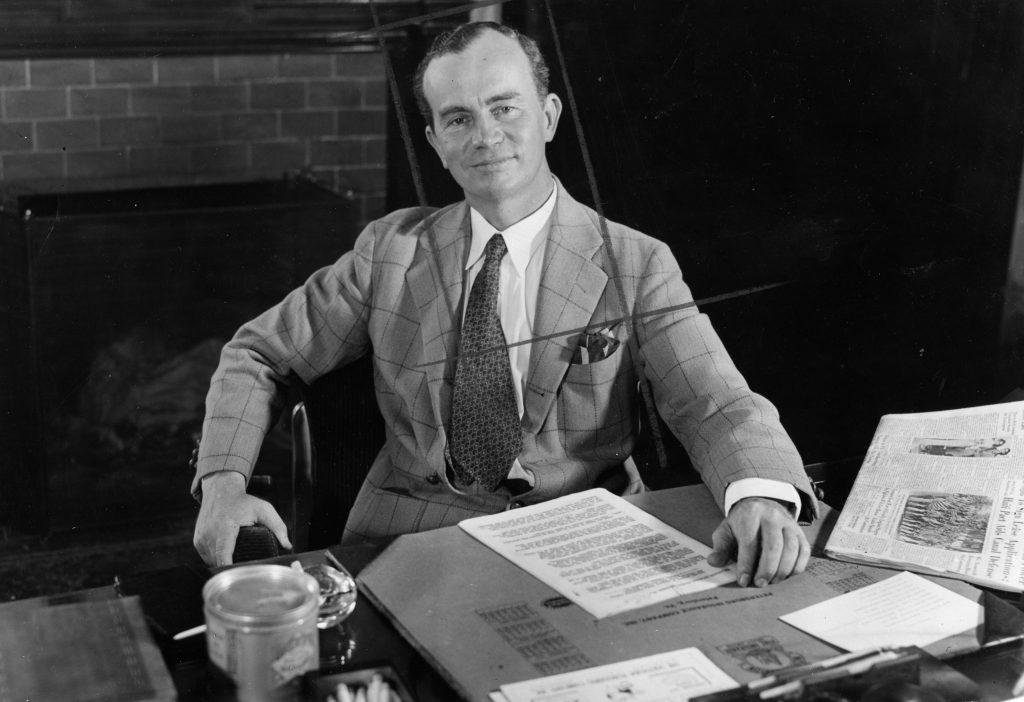 Benjamin Muse, a journalist based in Manassas, emerged as one of the state's most prominent white liberals during the period of the Massive Resistance movement, which opposed Brown v. Board of Education of Topeka, Kansas (1954), the U.S. Supreme Court's decision outlawing segregation in public schools. Through a weekly column in the Washington Post, Muse criticized what he perceived to be the undemocratic practices of the Byrd Organization, the Virginia political machine led by U.S. senator and former governor Harry F. Byrd Sr., a Democrat. This photo features the original crop markings from its first printing in the Richmond Times-Dispatch.