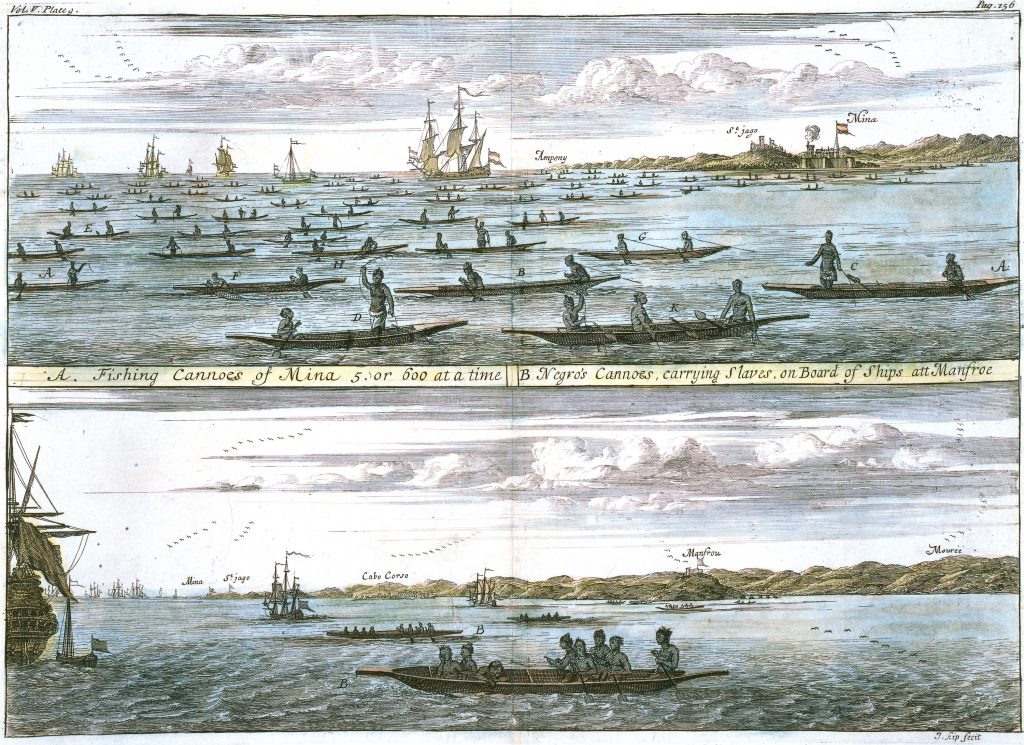 Two colored engravings from the eighteenth century depict activity off the coast of what is now Ghana. At top, African fishermen work on canoes near Mina Castle (known today as  Elmina). In the bottom engraving, canoes transport enslaved Africans to ships anchored off the coast. The settlements of Mina, Saint Jago, Cabo Corso, and Manfrou—all ports that exported slaves—are visible in the distance. The original copperplate engravings were published in volume five of Awnshaw and John Churchill's A Collection of Voyages and Travels (1732). Several editions of the book were published between 1732 and 1752.