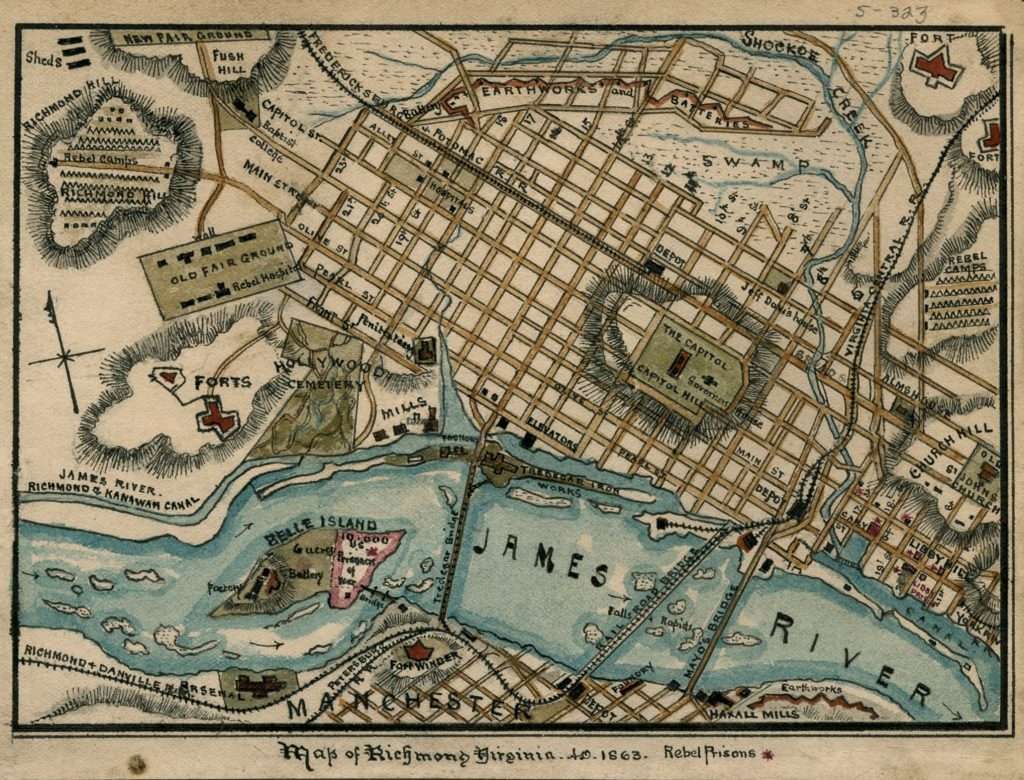 A pen-and-ink and watercolor map displays the street grid and major landmarks of 1863 Richmond. The city, which served as the capital of the Confederacy, grew from a town of fewer than 40,000 residents (more than a quarter of them slaves) in 1860 to more than 100,000 in three years' time. By the end of the Civil War population estimates reached as high as 150,000. Laborers, bureaucrats, war refugees, spies, Confederate soldiers, journeymen, prostitutes, gamblers, and speculators, all poured into the capital during the conflict.

This map was based on sketches made by Union prisoner of war Robert Knox Sneden while he was jailed in Richmond. He shows the complex of prison buildings along the water at lower right (one of which he was held in), as well as Belle Isle in the middle of the James River where, the mapmaker notes, "10,000 U.S. Prisoners of War" were incarcerated. The industrial heart of Richmond is clearly delineated with its rail lines, mills, and the South's largest iron manufacturer, the Tredegar ironworks (located between the James River and the Richmond & Kanawha Canal), which armed and equipped the Confederate military for four years.