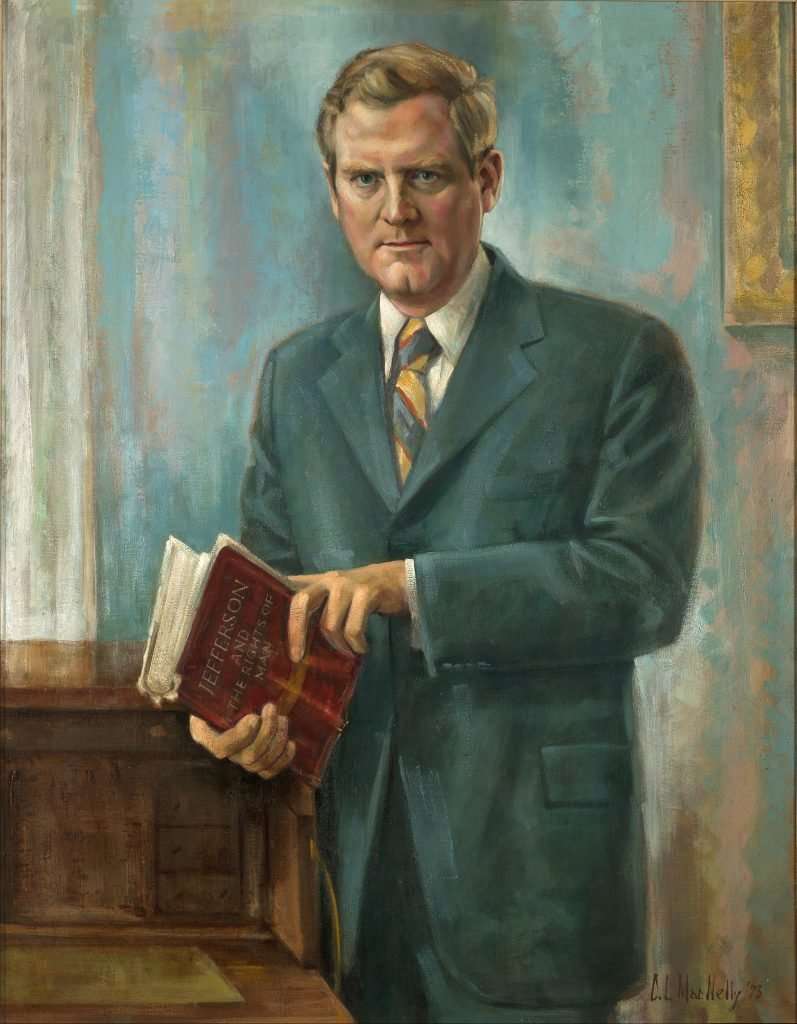 Virginia governor A. Linwood Holton holds a worn copy of Jefferson and the Rights of Man, the second volume in Dumas Malone's Pulizer Prize-winning biography of Jefferson, published in 1968. Holton was a governor of Virginia (1970–1974) and the first Republican to hold the office since Reconstruction (1865–1877) after he defeated Democrat William C. Battle, son of former governor John Stewart Battle.