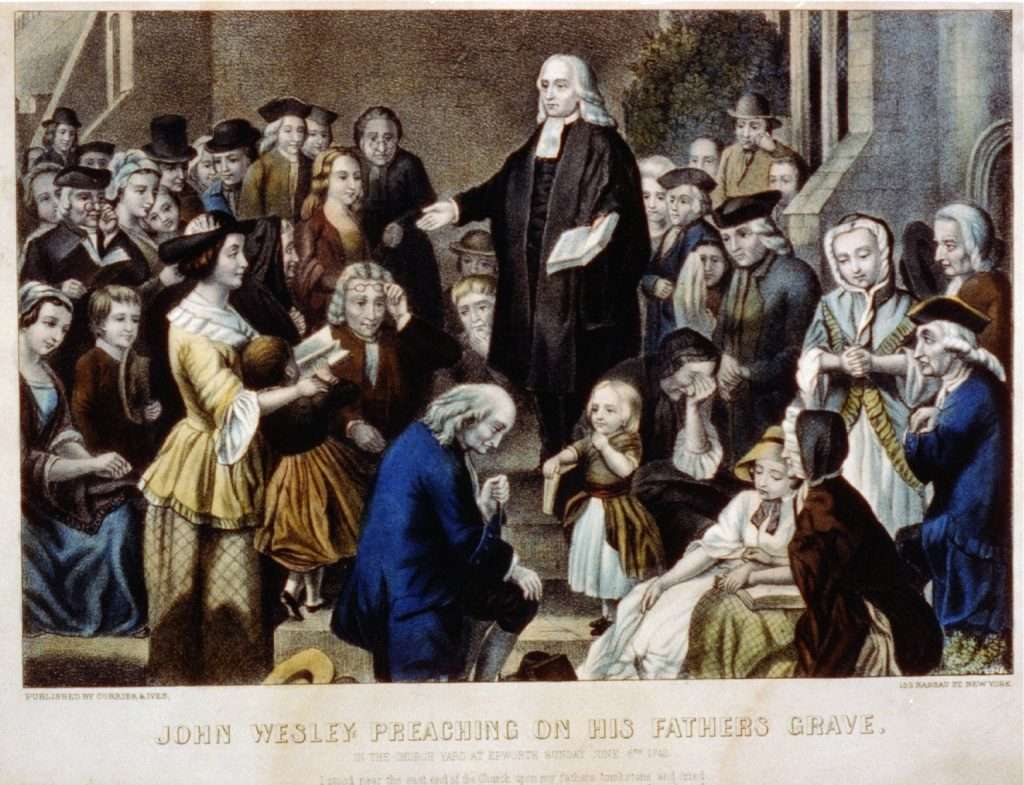 John Wesley, a key leader and organizer of Methodism, is shown preaching on his father's grave in the churchyard at Epworth, England, on June 6, 1742. Wesley's father, Samuel, had served as rector for the twelfth-century Saint Andrew's Church (Church of England) in Epworth. In the previous decade, John Wesley and a group of fellow students at Oxford had organized the Methodists as a reform movement within the Church of England. After the death of his father, Wesley was forbidden to preach inside the church at Epworth; thus, he used his father's tombstone in the churchyard as a pulpit.