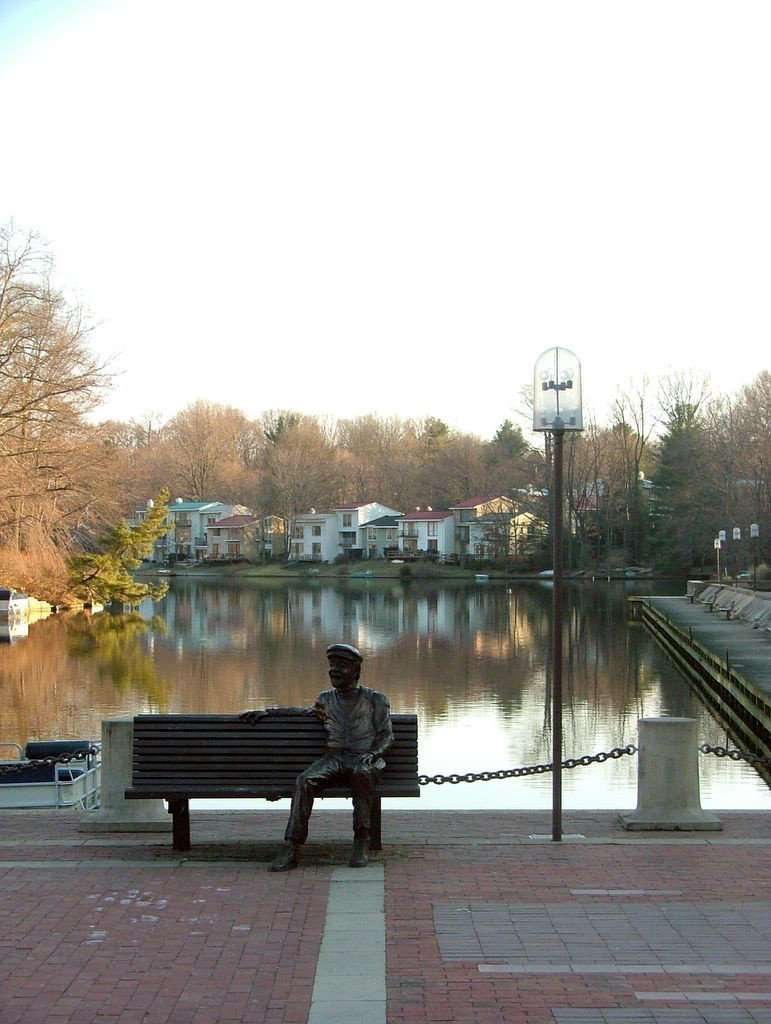 A statue of Robert E. Simon sits alongside Lake Anne in Reston, Virginia. Conceived by Simon as an alternative to ailing cities and sprawling suburbs, Reston, along with Columbia, Maryland, was among the first post–World War II "new towns" in the United States. Founded in 1964, Reston took its name from Simon's initials and represented a kind of urban utopia—a place with swimming pools, community centers, and tennis courts in every neighborhood and no restrictions based on race.