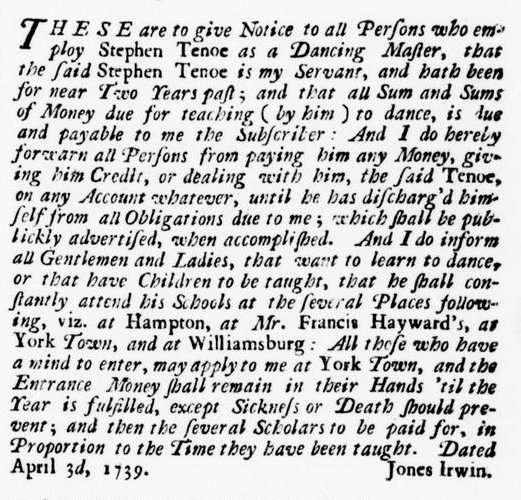 In an advertisement placed in the April 6, 1739, edition of the Virginia Gazette, Jones Irwin publicly accuses his servant Stephen Tenoe of improperly accepting money for giving dance lessons. Since Tenoe's term of service to Irwin was not yet complete, the latter claimed that all payment should be given to him rather than to the dance instructor. Serving notice to anyone who might hire Tenoe, Irwin wrote: "And I do hereby forewarn all Persons from paying him any Money, giving him Credit, or dealing with him, the said Tenoe, on any Account whatever, until he has discharg'd himself from all Obligations due to me; which shall be publickly advertised, when accomplished."