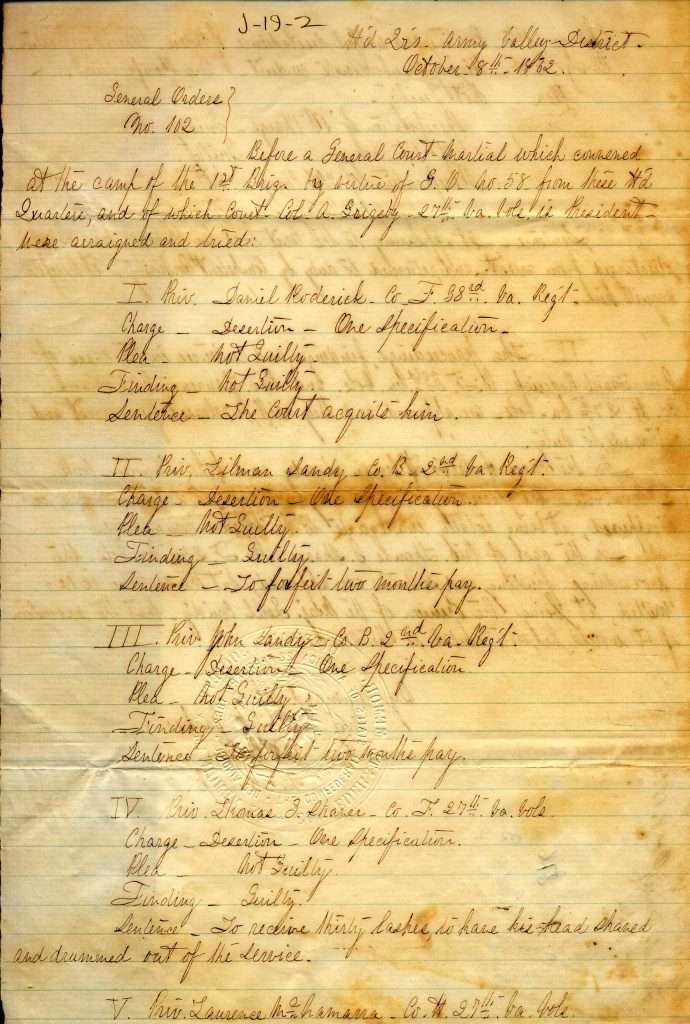 Official orders issued on October 8, 1862, by Confederate general Thomas J. "Stonewall" Jackson announce the results of court-martial proceedings held in the Army of the Valley district in which four Confederate soldiers were charged with desertion. Though all the men pleaded not guilty to the offense, three of them were found guilty. The heaviest penalty fell on Private Thomas J. Shaver of Company F, 27th Virginia Volunteers, who was sentenced to "receive thirty lashes, to have his head shaved and [to be] drummed out of the service." (By contrast, the other two soldiers convicted of desertion merely had to "forfeit two months pay.") Jackson overturned the harsh sentence meted out to Shaver because in the commander's opinion, "the execution of it would be detrimental to the service."