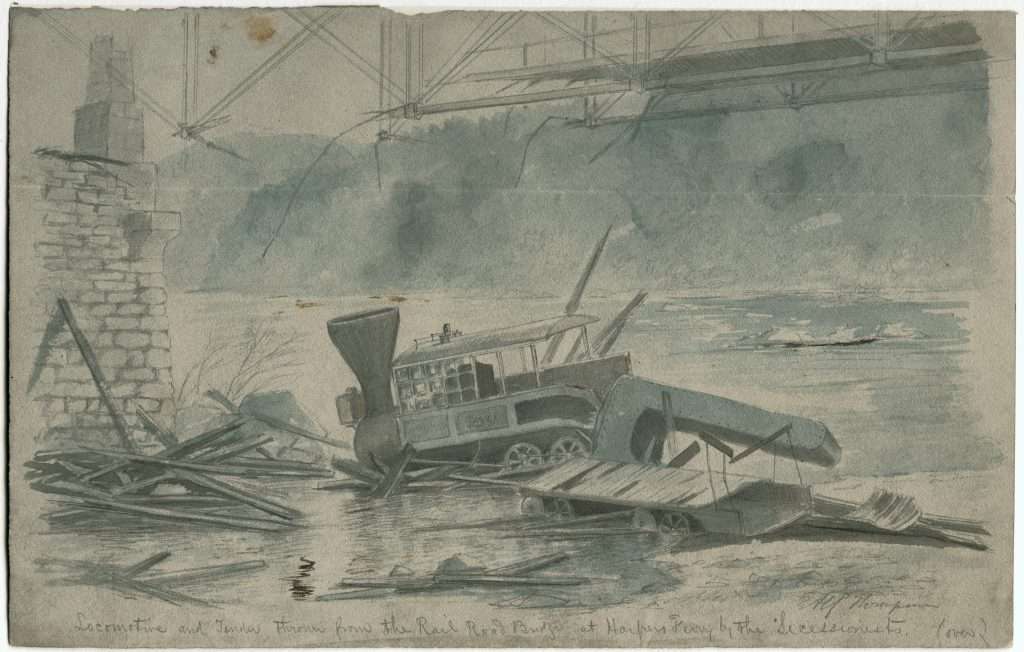 Locomotive and Tender thrown from the Rail Road Bridge at Harpers Ferry by the Secessionists.

The wreck of a Baltimore and Ohio locomotive lies in the Potomac River after the railroad bridge at Harpers Ferry was destroyed by retreating Confederates in June 1861. This pencil and watercolor wash was made by Alfred Wordsworth Thompson, a field artist for Harper's Weekly who made nineteen drawings of Virginia during the opening months of the war. On the verso of the drawing Thompson wrote, "The destruction of Locomotives on the Baltimore & Ohio R. Road has been terrible; no less than 50 of the finest kind having been burnt or broken up, at Martinsburg & other points on the Road. This Engine was brought over from the Maryland side of the Potomac the day before the destruction of the Bridge it was left standing on the Winchester Road and a few days after the retreat a detachment of men returned to the ferry and ran it off the End of the ruined Bridge into the River where it now lies in the position as seen in the sketch."