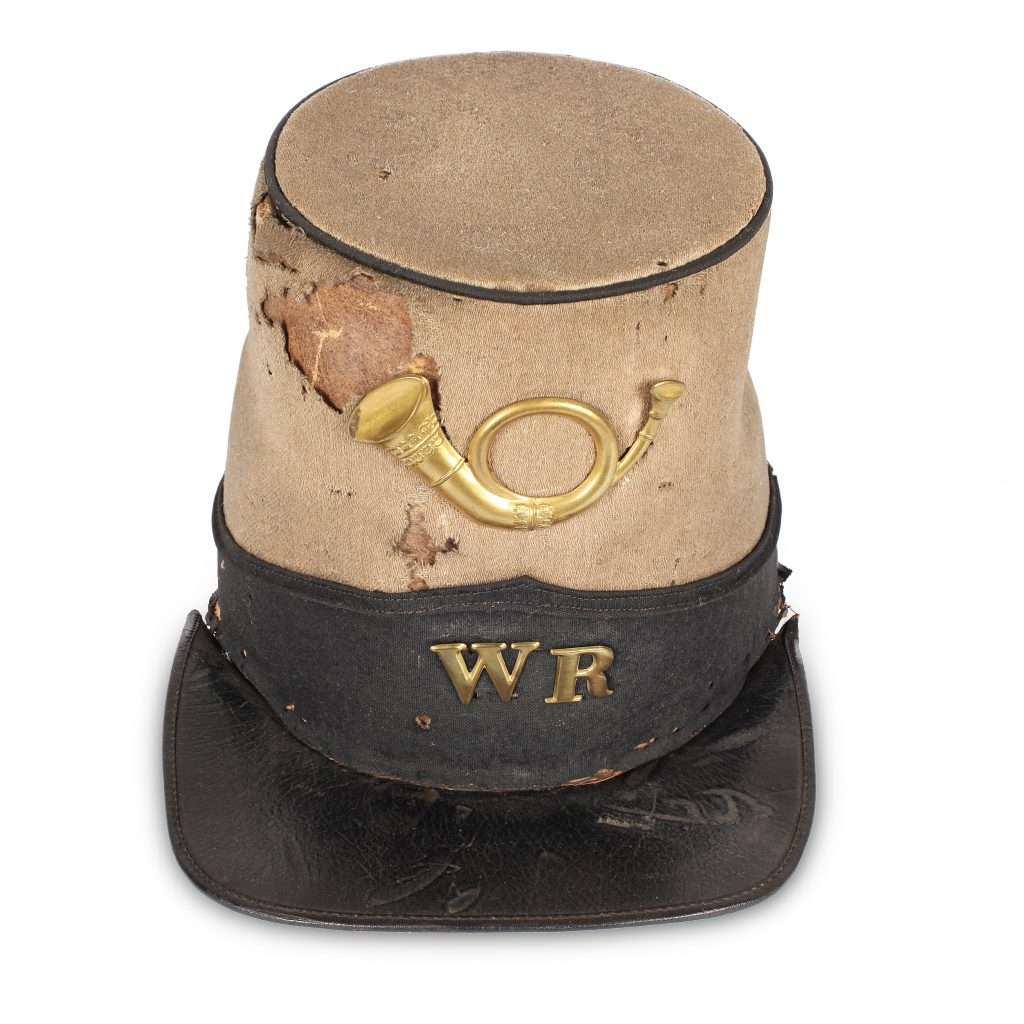 This woolen shako, a tall, cylindrically shaped military cap, bears a stamped brass bugle horn and the initials WR for Warrenton Rifles, a local militia unit that became Company K of the 17th Virginia Infantry Regiment during the Civil War. This hat belonged to Captain John Quincy Marr who died at the Battle of Fairfax Court House on June 1, 1861, just days short of his thirty-sixth birthday. Marr was the first Confederate officer killed during the war. A native of Warrenton, Marr graduated from the Virginia Military Institute in 1846, taught there briefly as a professor of math after graduation, and then became a lawyer in Warrenton. On the eve of the war, he served as a delegate to the Virginia Convention of 1861, which voted for secession.