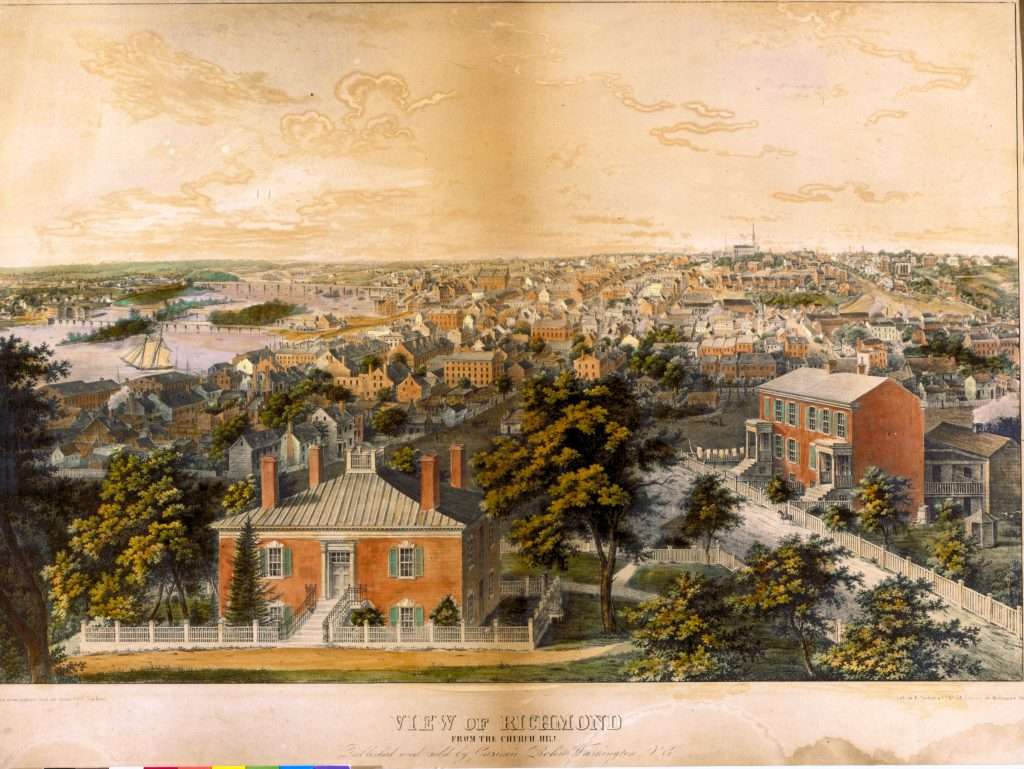 View of Richmond from Church Hill

An 1850s colored lithograph portrays a view of Richmond, the capital of Virginia, looking west from Church Hill, site of Saint John's Church where Patrick Henry delivered his famous "Give me liberty or give me death!" speech in 1775. The Capitol building, designed by Thomas Jefferson, can be seen in the distance, the largest structure on the horizon. Substantial brick residences in the foreground sit above a string of tobacco warehouses, flour mills, and ironworks that line the banks of the James River. Railroad lines and a canal near the falls on the James River allowed the transport of tobacco and wheat from outlying farms into Richmond, where factories processed the products and shipped them to distant markets. The prosperous city would serve as the Confederate capital during the Civil War, and many of the warehouses shown here would be transformed into prisons and hospitals.