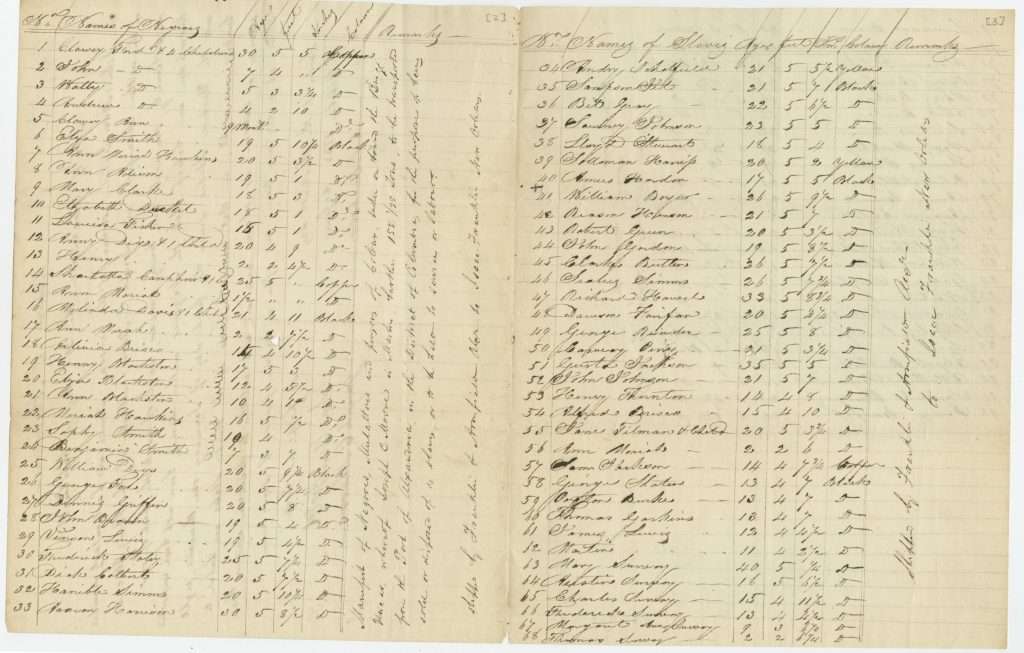 This page from an 1833 ship's manifest lists sixty-eight out of the ninety-two enslaved men, women, and children who were being forcibly transported from Alexandria, Virginia, to New Orleans by the slave-trading company Franklin and Armfield. The age, height, and "colour" of each person is noted next to his or her name. The varying skin tones were described as black, copper, or yellow, indicating that some of the people were mixed race. The ages ranged from nine months to forty years old, but the majority were in their teens or twenties. A notation at right indicates that the people aboard the brig Uncas were being delivered to Isaac Franklin, co-owner of the slave-trading company, who was then in New Orleans. A further notation states that the enslaved were being transported "for the purpose of being sold or disposed of as slaves, or to be held to service or labour."
FEATURED IN