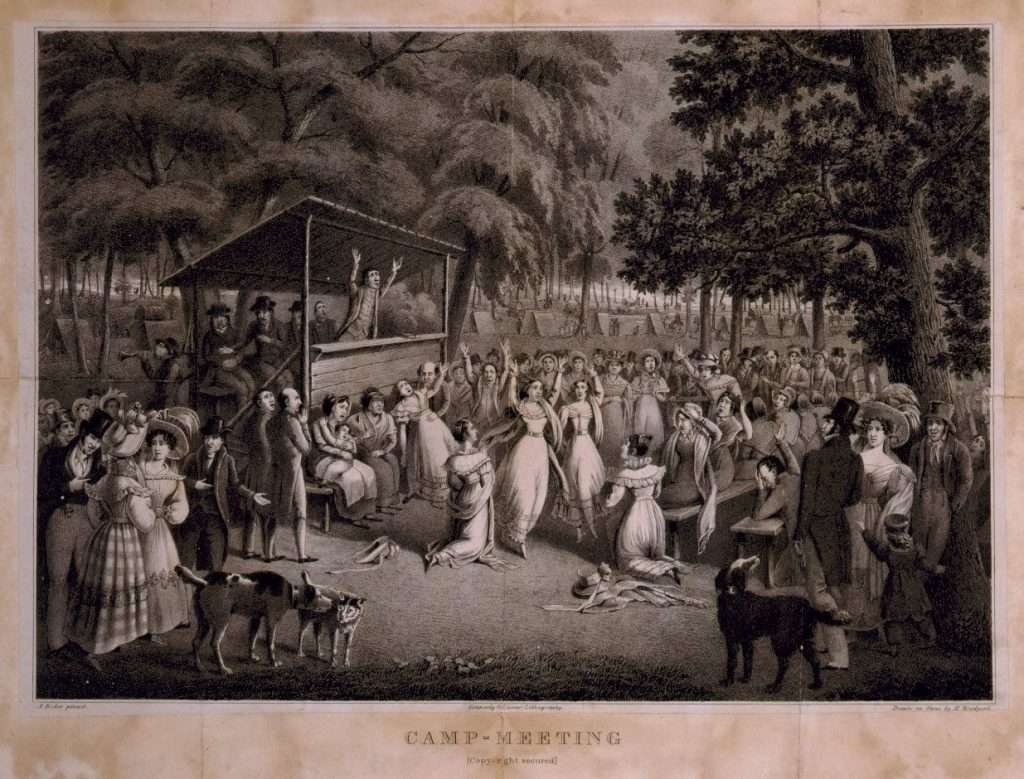 An ecstatic group of believers, many of them women, respond to an evangelical preacher in this 1829 print depicting a camp meeting. The Methodist style of worship emphasized trances, dreams, visions, and bodily movement. Early in the nineteenth century, Virginia Methodists perfected the camp meeting, a relatively new revival setting inaugurated in Kentucky and Tennessee, in which people would come from the surrounding regions to camp on the grounds of a church for several days at a time.