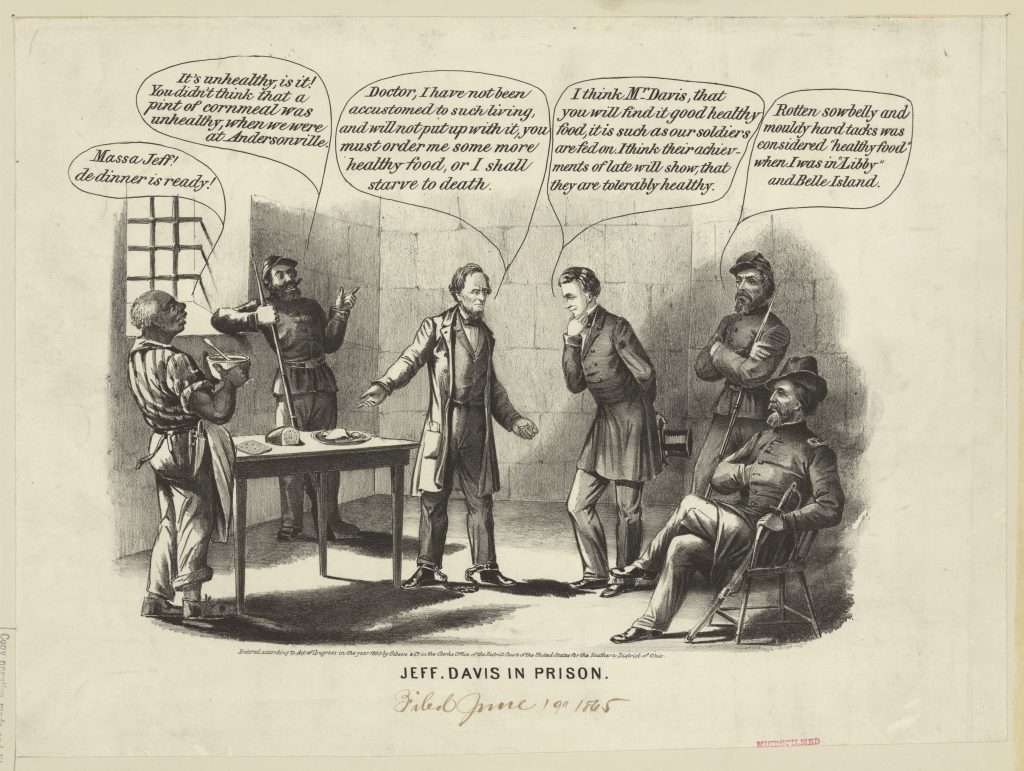 Former Confederate president Jefferson Davis is lampooned in this political cartoon created in 1865, not long after his arrest and imprisonment at Fort Monroe in Virginia. A former slave serves dinner to "Massa Jeff," who complains about the unhealthy food. The attending military guards are unmoved. One soldier recalls that he had to eat "rotten sowbelly and mouldy hard tacks" when he had been held as a prisoner of war in Richmond, and another reminds Davis that a pint of cornmeal was fed to Union soldiers at the infamous Andersonville Prison.