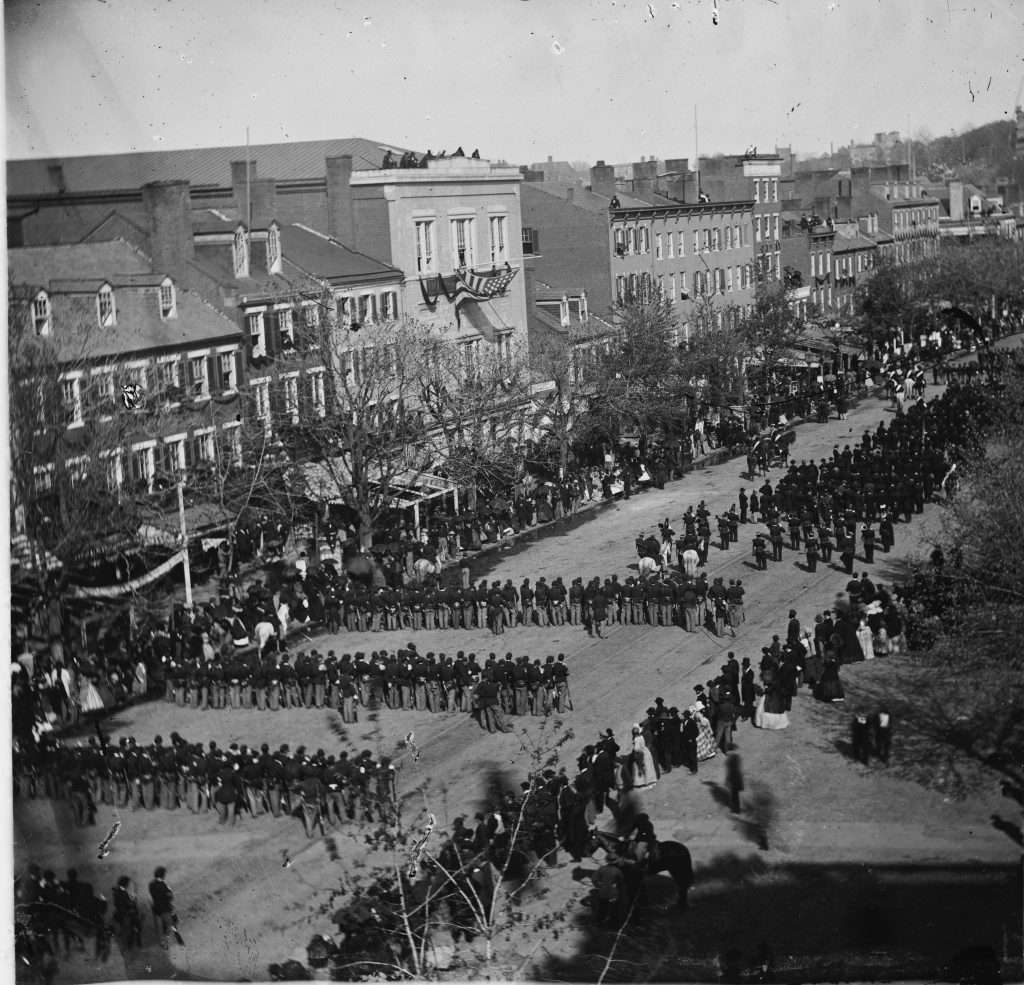 On April 19, 1865, crowds line Pennsylvania Avenue in Washington D.C., to witness the funeral procession for the assassinated President Abraham Lincoln as his remains are moved from the White House to the U.S. Capitol. The May 6, 1865, edition of Harper's Weekly described the scene:

The procession started from the White House at 2 P.M. and proceeded up Pennsylvania Avenue to the Capitol amidst the tolling of bells and the firing of minute-guns. The funeral car was carried up the steps of the Capitol, beneath the very spot where, six weeks before, the President had delivered his second Inaugural, and into the Rotunda, where the body was removed from the car to an-other catafalque, where a second service was read. Here the procession dispersed, leaving the remains of the President in the Rotunda, where they were open to view the next day.