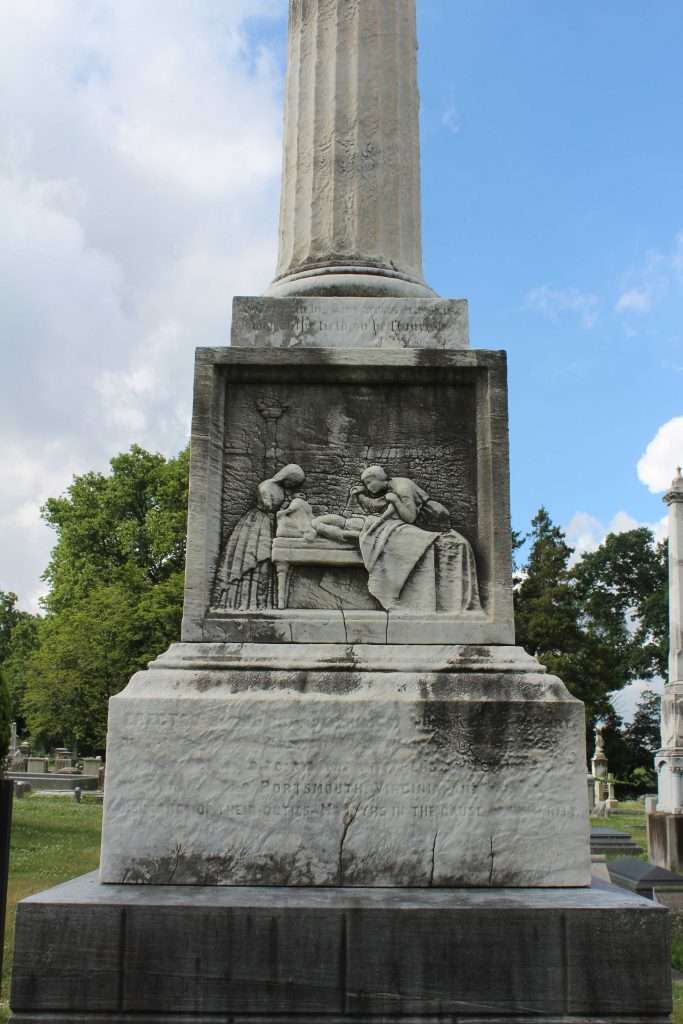 Monument to the Philadelphia Medical Volunteers

A detail of a monument in Laurel Hill Cemetery in Philadelphia depicts two nurses tending to a patient suffering from yellow fever during the 1855 epidemic that swept through the cities of Norfolk and Portsmouth. The Philadelphia Relief Commission was organized to help those stricken and sent sixty volunteers to Virginia. Fifteen of the volunteers died, including nine nurses, two doctors, a student, two druggists, and a medical student. An inscription on the base of the pedestal reads:

Erected by the Philadelphia Contributors, in memory of the Doctors, Druggists and Nurses of this City, who volunteered to aid the suffers by Yellow Fever, at Norfolk and Portsmouth, Virginia, and died in the discharge of their duties—Martyrs in the cause of humanity.