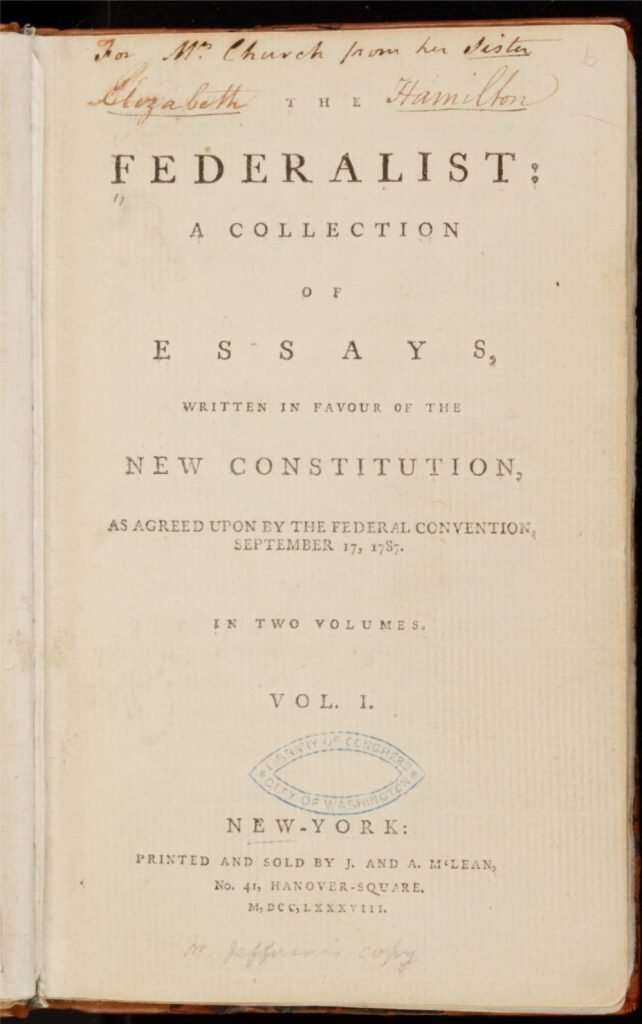 This is the title page of the first volume of The Federalist : A Collection of Essays, Written in Favour of the New Constitution, as Agreed Upon by the Federal Convention, September 17, 1787 (1788). The two-volume work consisted of eighty-five essays written by John Jay, James Madison, and Alexander Hamilton that argued for the ratification of the U.S. Constitution by the states. The essays were written under the pseudonym "Publius." A handwritten note at top indicates that this volume formerly belonged to Elizabeth Hamilton, the wife of Alexander Hamilton, who passed it on to her sister Angelica Church.