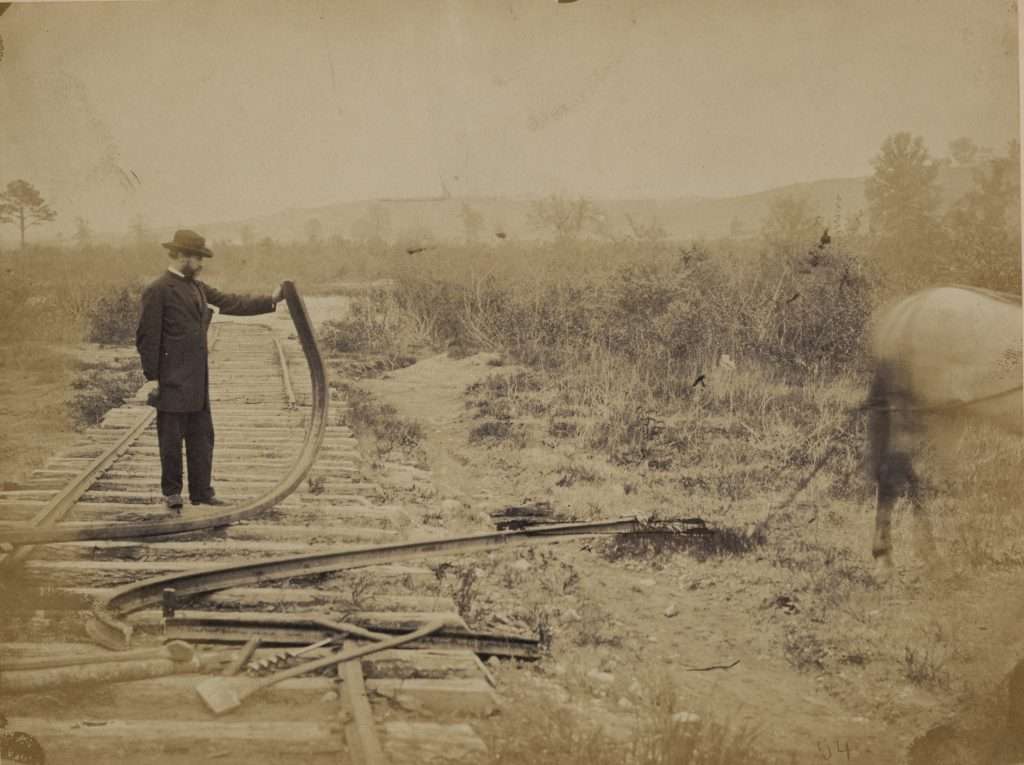 An unidentified official with the United States Military Railroad (USMR) holds a twisted piece of rail on a damaged line in northern Virginia circa 1862—1863. The USMR was an agency created by the U.S. War Department during the Civil War to maintain, build, and rebuild railroad tracks and bridges. Retreating Confederate forces frequently sabotaged lines that were about to fall into the hands of the Union army.