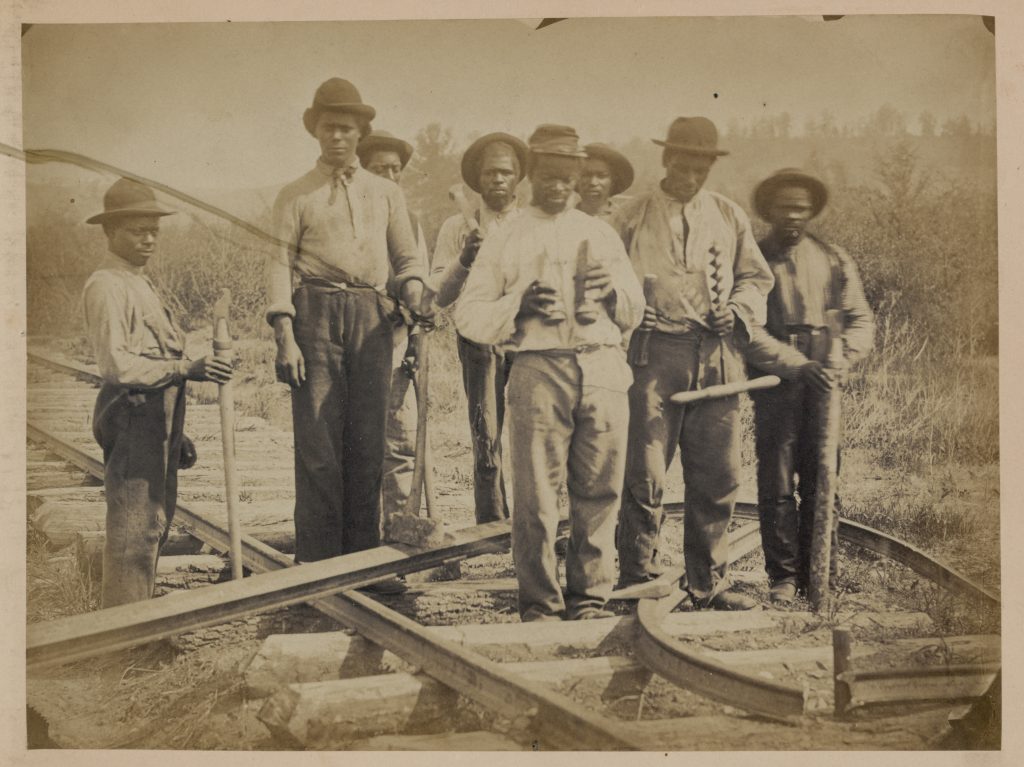 Black workers pose with tools and spikes as they rebuild a railroad line in northern Virginia. These men were employed by the United States Military Railroad (USMR), an agency created by the U.S. War Department during the Civil War to maintain, build, and rebuild track and railroad bridges. Many enslaved men who escaped to freedom behind Union lines gathered at railroad junctions and worked for the agency. They served on construction crews as laborers, but some also became brakemen and firemen on the trains. The success of the USMR was a key element in the Union victory, as trains were critical in transporting soldiers and supplies.
FEATURED IN