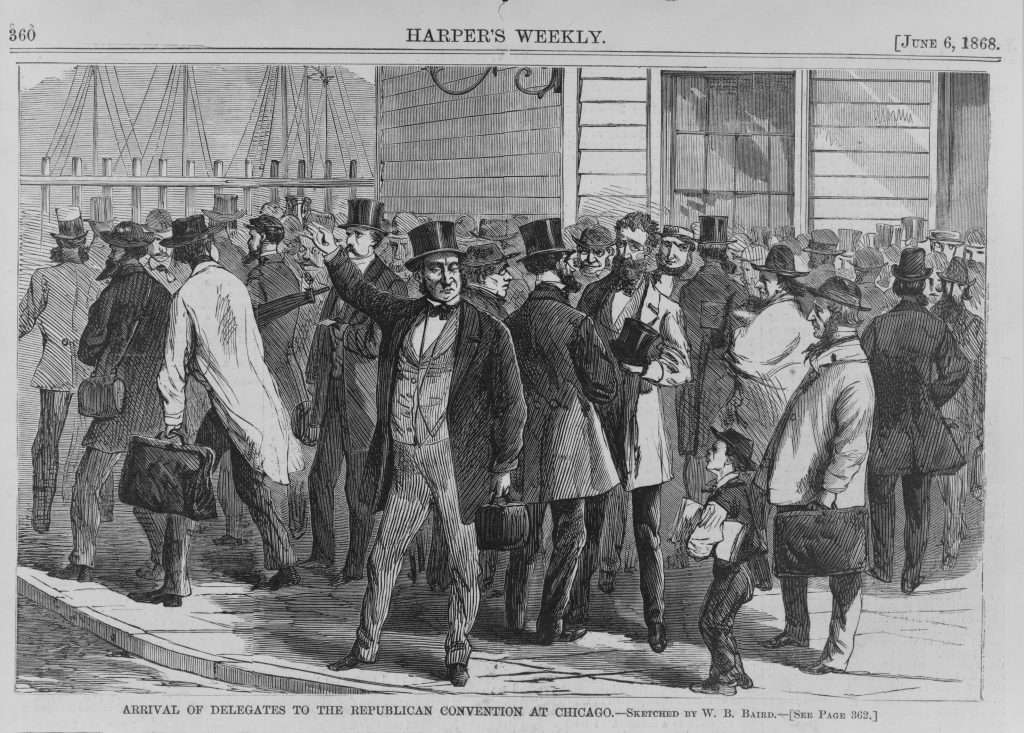 This engraving published in the June 6, 1868, edition of Harper's Weekly, portrays a mass of of delegates and spectators—including a young boy who appears to be hawking newspapers or broadsides—who descended upon Chicago for the 1868 Republican Convention that nominated Ulysses S. Grant for president and Schuyler Colfax for vice president. The accompanying article described the great influx of visitors to the city in the days leading up to the convention and the demand for hotels that were "crowded to suffocation, although they had run up their charges to $20 per day in anticipation of the crush."