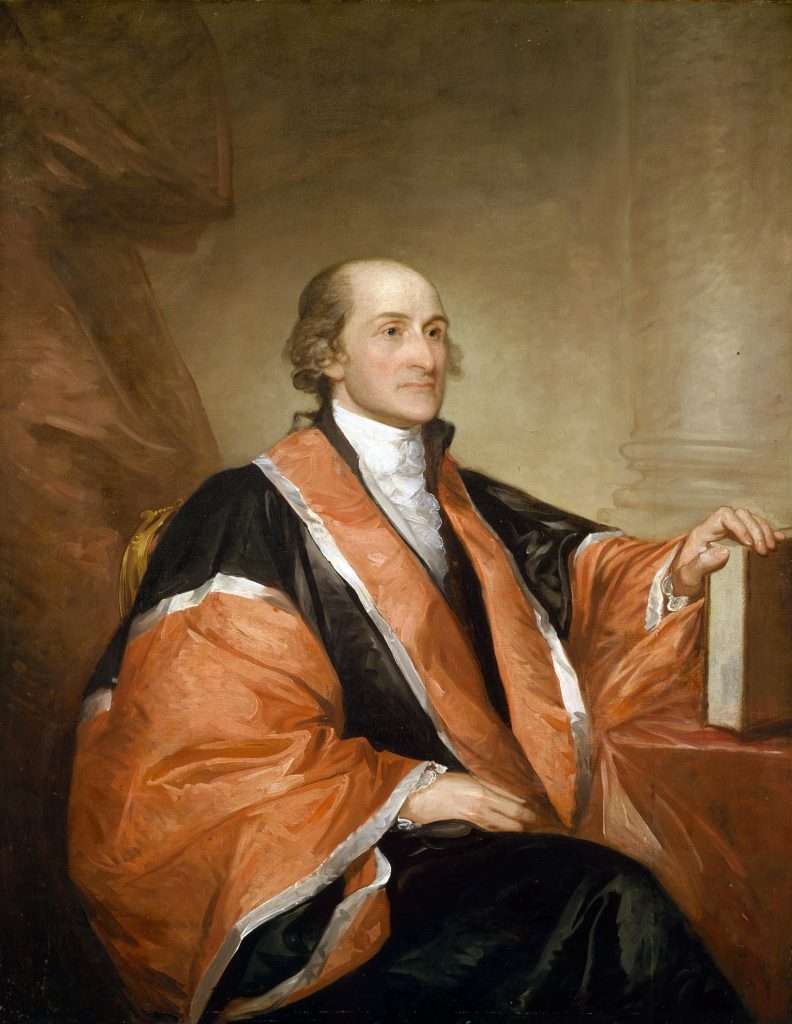 John Jay, an American statesman, diplomat, governor of New York, and the first chief justice of the United States, is the subject of this painting by renowned portraitist Gilbert Stuart. Forty-nine-year-old Jay, then serving as chief justice, commissioned this painting in 1794. The artist painted Jay in New York wearing his judicial robes. Since Jay did not have time to sit for the entire portrait, he posed only as long as it took Stuart to paint his head. Jay's nephew then donned his judicial robes so that Stuart could complete the canvas.