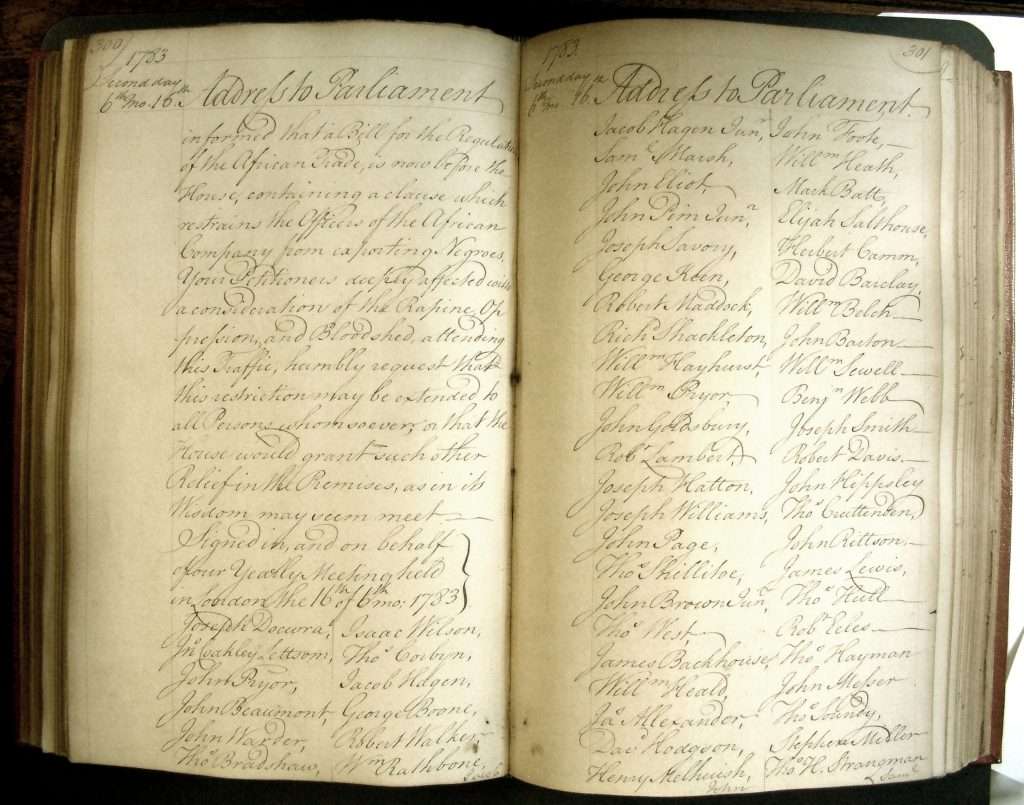 At left is the second page of a formal petition to the assembled members of Parliament presented by the "People called Quakers," on June 16, 1783. There was then a bill before the House of Parliament "which restrains the Officers of the African Company from exporting Negroes." The Quakers' petition requested consideration of the "many thousands of these our fellow Creatures, entitled to the natural rights of Mankind, [who] are held as personal Property in cruel Bondage" and to extend protections to them as well. A list of the signatories to the petition begins at the bottom of the page and goes on for another five pages. This document is from a volume containing the minutes of the Quakers' Annual Assembly in Great Britain in 1783.