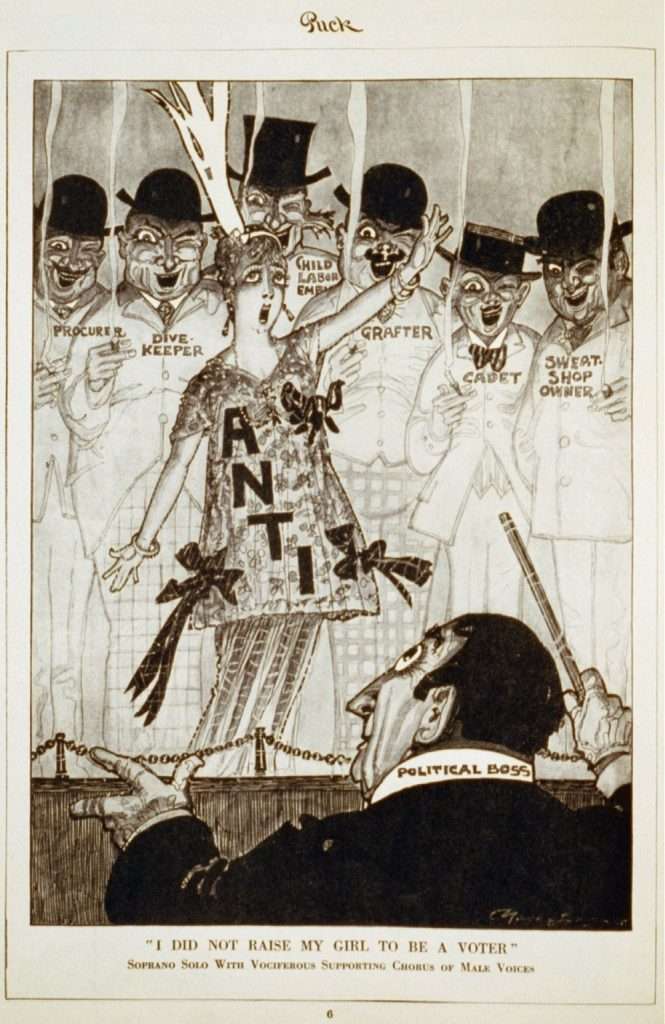 “I Did Not Raise My Girl to Be a Voter”

An illustration published in the October 9, 1915, edition of Puck magazine depicts a "political boss" conducting a chorus with an antisuffragist woman at its center. Behind her and joining her in song with their "vociferous" voices are men who oppose women acquiring the vote, as they fear the social reforms that might result. The men's unsavory occupations are noted: a "procurer," a "dive-keeper," a "child labor employer," a "grafter," a "cadet" (an archaic slang term referring to a man who puts young women into brothels), and a "sweat-shop owner." Puck, a humor magazine based in New York City, supported suffrage for women and commissioned a series of illustrations that poked fun at the antisuffragist point of view.