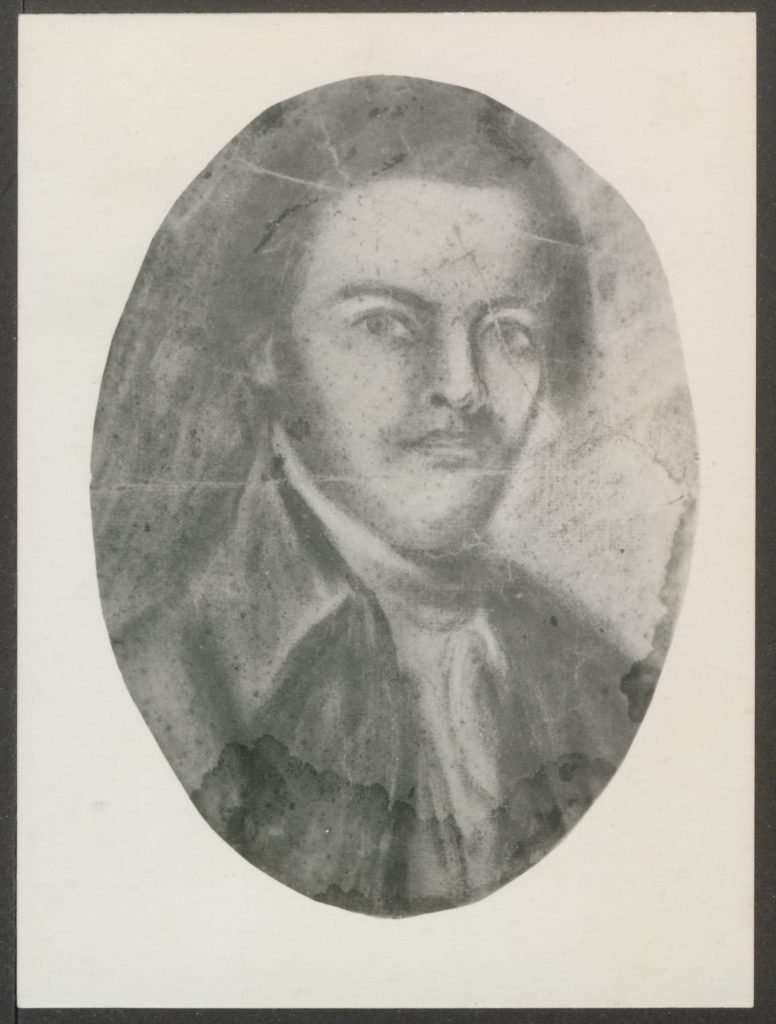 This sketch of Philip Vickers Fithian was made by an unknown artist at a campsite in New York in the autumn of 1776 during the American Revolution. Fithian was then serving as a chaplain for a New Jersey state militia regiment. After contracting dysentery, he died in an army camp near Fort Washington, New York, on October 8, 1776. The original sketch was sent to his wife, along with his camp letters.