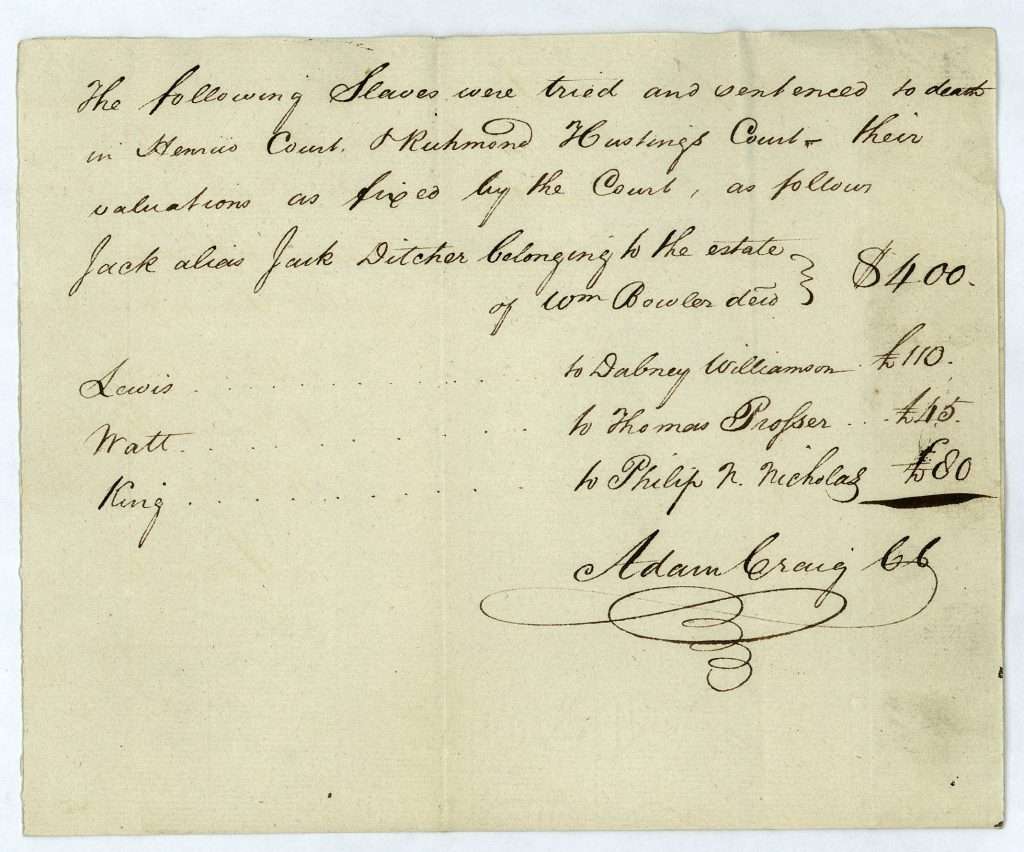 In this document written about 1800, the Henrico County clerk lists the names and the monetary value of four enslaved men who were tried and sentenced to death for having taken part in Gabriel's Conspiracy. The court established the price for each man. The first man listed, Jack Ditcher, was valued at $400; the values of the other three men—Lewis, Watt, and King—were set in English pounds. The clerk also noted the owners of the individual slaves.